Cecilia Venable is the director of archives for the Sisters of the Holy Spirit and Mary Immaculate. She is the author of numerous books, scholarly articles, and a chapter in Black Cowboys in the American West: On the Range, On the Stage, Behind the Badge. She resides in Adkins, Texas. 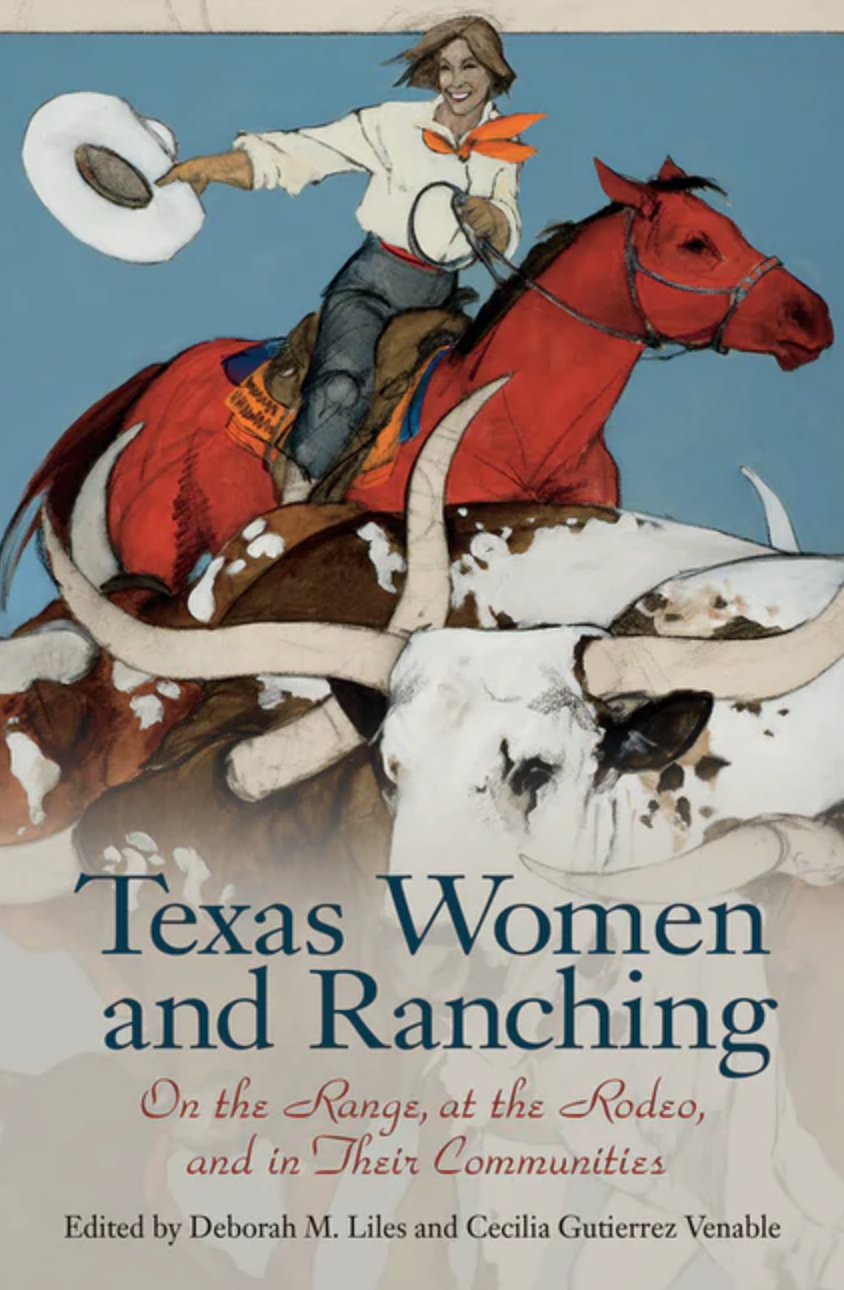 Texas Women and Ranching: On the Range, at the Rodeo, and in Their Communities

The realm of ranching history has long been dominated by men, from tales—tall or true—of cowboys and cattlemen, to a century’s worth of male writers and historians who have been the primary chroniclers of Texas history. As women’s history has increasingly gained a foothold not only as a field worthy of study but as a bold and innovative way of understanding the past, new generations of scholars are rethinking the once-familiar settings of the past. In doing so, they reveal that women not only exercised agency in otherwise constrained environments but were also integral to the ranching heritage that so many Texans hold dear.

Texas Women and Ranching: On the Range, at the Rodeo, and in Their Communities explores a variety of roles women played on the western ranch. The essays here cover a range of topics, from early Tejana businesswomen and Anglo philanthropists to rodeos and fence-cutting range wars. The names of some of the women featured may be familiar to those who know Texas ranching history—Alice East and Frances Kallison, for example. Others came from less well-known or wealthy families. In every case, they proved themselves to be resourceful women and unique individuals who survived by their own wits in cattle country.

This book is a major contribution to several fields—Texas history, western history, and women’s history—that are, at last, beginning to converge.