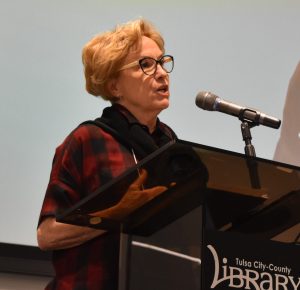 Cynthia Brandimarte holds a Ph.D. in American Studies from the University of Texas at Austin and worked as historian for Texas universities, museums, and the state park system. She is the author of Inside Texas: Culture, Identity, and Houses, 1878–1920 (Texas Christian University Press, 1991), which received both the Kate Broocks Bates Award for Historical Research and the Coral B. Tullis Award for the Outstanding Book in Texas History in 1992. In addition, she is the author of another award-winning book, Texas State Parks and the CCC: the Legacy of the Civilian Conservation Corps (Texas A&M University Press, 2013) and the companion website The Look of Nature: Designing Texas State Parks during the Great Depression (http://www.texascccparks.org/). Her articles on Texas history have appeared in the Southwestern Historical Quarterly and Journal for Big Bend Studies and those on American culture in the Missouri Historical Review and Winterthur Portfolio: A Journal of American Material Culture, on whose editorial board she recently served. Several of her articles have been selected for edited volumes. She has applied her interdisciplinary training to diverse topics, from the manner that buildings and cultural landscapes serve as stages for gendered and class-inflected social performances to land speculation and mining in the Texas Big Bend. Her work has benefited from grants awarded by the National Endowment for the Arts, National Endowment for the Humanities, National Park Service, American Association for State and Local History, Summerlee Foundation, and the Texas State Historical Association (Cecilia Steinfeldt Fellowship for Research in the Arts and Material Culture). She has also benefited from collaborations with interdisciplinary practitioners at Texas Parks and Wildlife Department and the National Park Service; independent scholars in and outside of the state; the history faculty at Texas State University, where she helped to establish its graduate public history program; and fellow members of the board of directors of the National Council on Public History. Brandimarte continues to investigate topics related to American and Texas art, the U.S. military, and New Deal history and architecture. 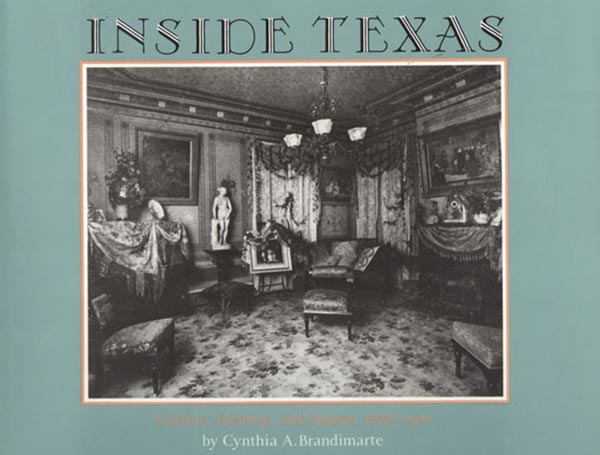 “Inside Texas: Culture, Identity and Houses, 1878–1920” is a 464 page book with 296 photos that tests and rejects the notion that Texas homes, like all things Texan, were unique and different. Over the 40 year time span covered by the book, decorating ideas nationally and in Texas went from the era of Victorianism with “all that stuff” to the spare, clean lines of the arts and crafts movement. By 1920, like Americans across the country, many Texans, especially the wealthier, were taking their decorating ideas from the new professionals – architects and designers – and their homes reflected less their own identity than the taste and eye of the decorator.
View More »