David W. Keller is senior project archaeologist at the Center for Big Bend Studies at Sul Ross State University. He is the author of Below the Escondido Rim: A History of the O2 Ranch in the Texas Big Bend and Alpine. He resides in Alpine, Texas. 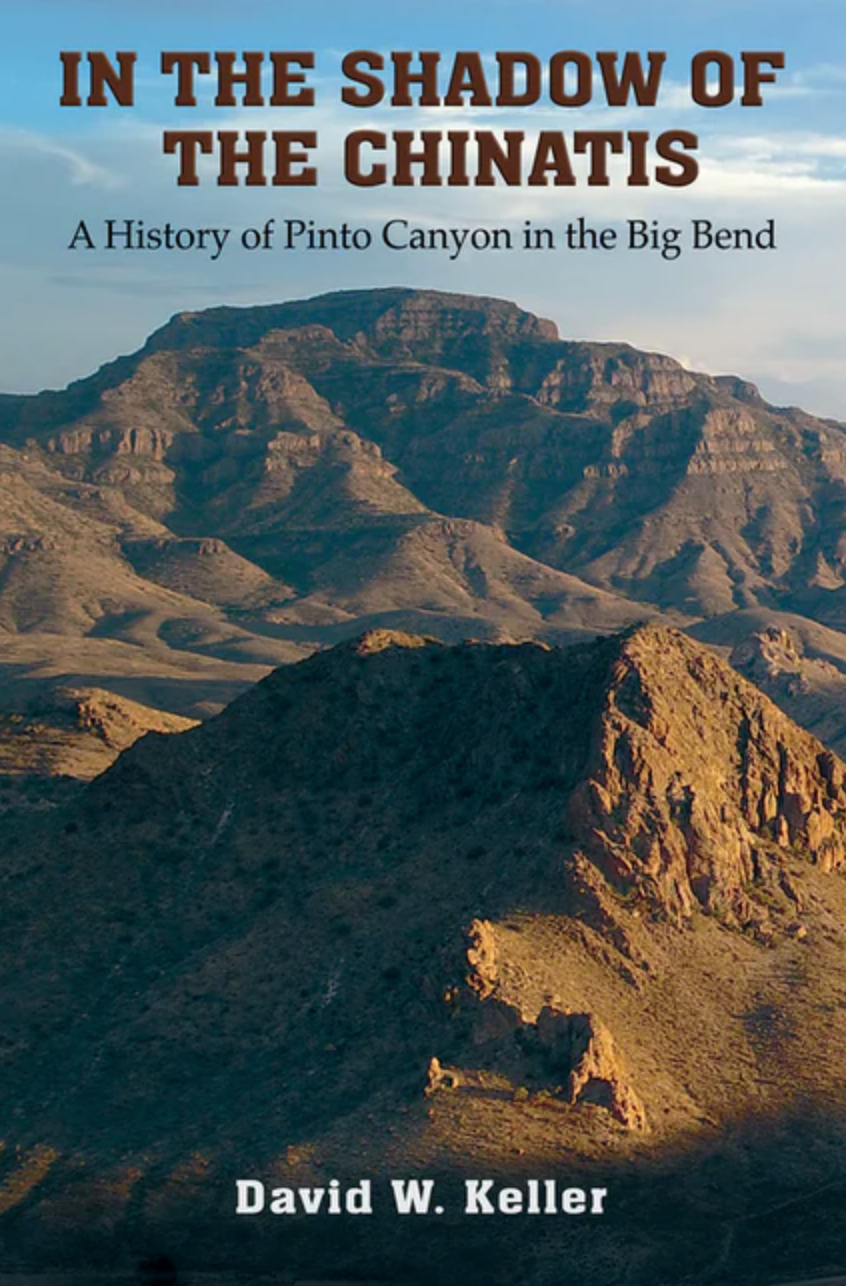 In the Shadow of the Chinatis: A History of Pinto Canyon in the Big Bend

There is a deep and abiding connection between humans and the land in Pinto Canyon—a remote and rugged place near the border with Mexico in the Texas Big Bend. Here the land assumes a certain primacy, defined not by the ephemera of plants and animals but by the very bedrock that rises far above the silvery flow of Pinto Creek— looming masses that break the horizon into a hundred different vistas. Yet, over time, people managed to survive and sometimes even thrive in this harsh environment.

In the Shadow of the Chinatis combines the rich narratives of history, natural history, and archeology to tell the story of the landscape as well as the people who once inhabited it. Settling the land was difficult, staying on it even more so, but one family proved especially resilient. Rising above their meager origins, the Prietos eventually amassed a 12,000-acre ranch in the shadow of the Chinati Mountains to become the most successful of Pinto Canyon’s early settlers. But starting with the tense years of the Great Depression, the family faced a series of tragedies: one son was killed by a Texas Ranger, and another by the deranged son of Chico Cano, the Big Bend’s most notorious bandit. Ultimately, growing rifts in the family forced the sale of the ranch, marking the end of an era.

Bearing the hallmarks of an epic tragedy, the departure of the Prieto family signaled a transition away from ranching towards a new style of landownership based on a completely different model. Today, Pinto Canyon’s scenic and scientific value increasingly overshadows the marginal economics of its past.

In the Shadow of the Chinatis reveals a rich tapestry of interaction between humans and their environment, providing a unique examination of the Big Bend region and the people who call it home.

On the Open Range (Used)