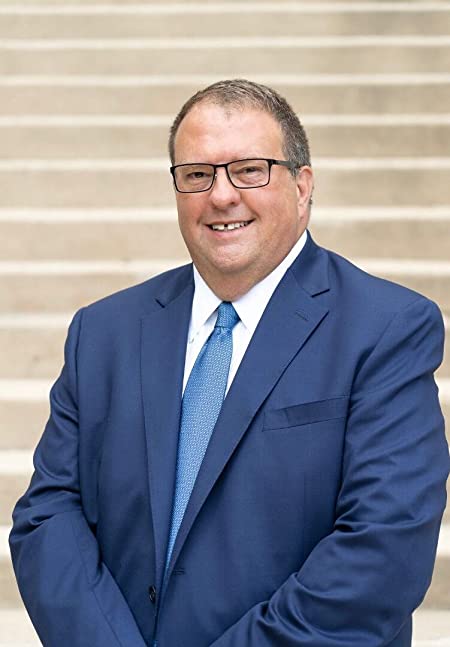 Donald S. Frazier is the Director of The Texas Center at Schreiner University in Kerrville, Texas and a veteran of several decades in the college classroom.

He is the award-winning author of books on the American Civil War, Texas History, Military History, and the US-Mexican Borderlands.

Frazier has been very involved in a variety of heritage and cultural tourism projects, including consulting on the development of three museums, two research centers, a Mexican War battlefield, work on Civil War and frontier heritage trails in Texas, New Mexico, and Louisiana, and work on historical projects in Europe and Mexico. He also helped Abilene, Texas achieve recognition as a Preserve America city and grant recipient. He is the writer and director for the video Our Home, Our Rights: Texas and Texans in the Civil War, a winner of the Mitchell Wilder Award for Excellence in Publications and Media Design from the Texas Association of Museums.

Frazier is also active in historic preservation projects. He is currently serving as President and CEO of the McWhiney History Education Group, a Texas-based educational non-profit and has served as a consultant with several communities as they develop their heritage and cultural assets, and has been recognized for his efforts by numerous organizations including the American Association for State and Local History, The Texas Historical Foundation, the Historical Society of New Mexico, and the Louisiana Historical Association. He is also the recipient of the Gold Medal for Historical Preservation from the Daughters of the American Revolution.

Dr. Frazier has received accolades and honors for his contributions to the historical dialogue in the United States. He was chosen for a military history fellowship at the United States Military Academy at West Point, a fellowship at the University of Edinburgh, Scotland, and is in high demand as a thinker, consultant, and speaker. Frazier is a Fellow of the Texas State Historical Association, an elected member of the prestigious Philosophical Society of Texas--the oldest learned organization in the state--as well serving as a scholar-director of the Texas Historical Foundation, and service on the Alamo Museum Planning Committee.

In 2021, Governor Greg Abbott of Texas appointed Frazier to the "1836 Commission."

The Land of Rain Shadow (Used)