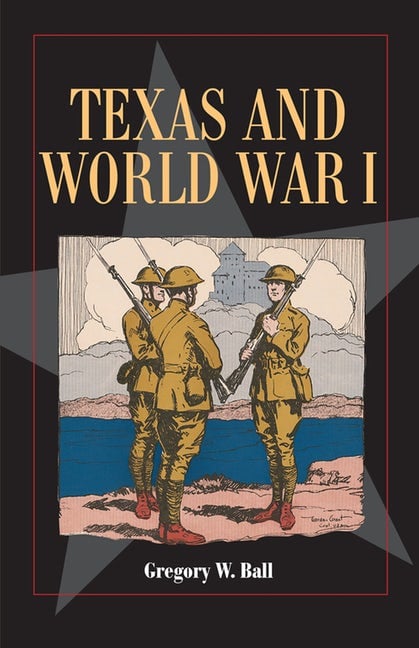 Texas and World War I

On November 11, 1918, what was then called “the Great War” ended. The consequences of four years of warfare in Europe reverberated throughout the world, leaving few places untouched. Even though it was far from the scenes of conflict, Texas was forever changed, as historian Gregory W. Ball details in Texas and World War I.

This accessible history recounts the ways in which the war affected Texas and Texans politically, socially, and economically. Texas’s position on the United States border with Mexico and on the western edge of the American South profoundly influenced the ways in which the war affected the state, from fears of invasion from the across the Rio Grande—fears that put the state’s significant German American population under suspicion—to the racial tensions that flared when African American soldiers challenged Jim Crow.

When thousands of Texas men were drafted into the U.S. Army and the federal government developed a host of training grounds and airfields (many close to the state’s burgeoning cities) in response to U.S. entry into the war, this heavily rural state that had long been outside the national mainstream became more “American” than ever before.

Teapot Dome: Oil and Politics in the 1920s

And Where Goes the Parade (Used)