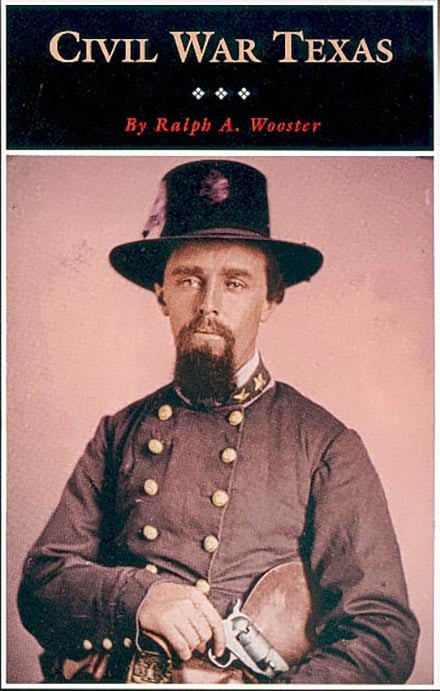 Written by one of the deans of Texas history, Civil War Texas provides an authoritative, comprehensive description of Texas during the Civil War as well as a guide for those who wish to visit sites in Texas associated with the war. In one compact volume, the reader or tourist is led on an exciting historical journey through Civil War Texas.Because most of the great battles of the Civil War were fought east of the Mississippi River, it is often forgotten that Texas made major contributions to the war effort in terms of men and supplies. Over 70,000 Texans served in the Confederate army during the war and fought in almost every major battle. Ordnance works, shops, and depots were established for the manufacture and repair of weapons of war, and Texas cotton shipped through Mexico was exchanged for weapons and ammunition.The state itself was the target of the Union army and navy. Galveston, the principal seaport, was occupied by Federal forces for three months and blockaded by the Union navy for four years. Brownsville, Port Lavaca, and Indianola were captured, and Sabine Pass, Corpus Christi, and Laredo were all under enemy attack. A major Federal attempt to invade East Texas by way of Louisiana was stopped only a few miles from the Texas border.The Civil War had significant impact upon life within the state. The naval blockade created shortages requiring Texans to find substitutes for various commodities such as coffee, salt, ink, pins, and needles. The war affected Texas women, many of whom were now required to operate farms and plantations in the absence of their soldier husbands. As the author points out in the narrative, not all Texans supported the Confederacy. Many Texans, especially in the Hill Country and North Texas, opposed secession and attempted either to remain neutral or work for a Union victory. Over two thousand Texans, led by future governor Edmund J. Davis, joined the Union army.In this carefully researched work, Ralph A. Wooster describes Texas's role in the war. He also notes the location of historical markers, statues, monuments, battle sites, buildings, and museums in Texas which may be visited by those interested in learning more about the war. Photographs, maps, chronology, end notes, and bibliography provide additional information on Civil War Texas.
View More »

The sixteen essays collected here illustrate the rich traditions and continuing vitality of Texas Civil War scholarship. From the bitter disputes over secession to the ways in which the conflict would be remembered, Texas and Texans were caught up in the momentous struggles of the American Civil War.Tens of thousands of Texans joined military units, and scarcely a household in the state was unaffected as mothers and wives assumed new roles in managing farms and plantations. Still others grappled with the massive social, political, and economic changes wrought by the bloodiest conflict in American history. Along with these articles, editors Ralph A. and Robert Wooster provide a succinct introduction to the war and Texas and recommended readings covering virtually every aspect of the war as experienced in the Lone Star State.Ralph A. Wooster was named Distinguished Professor of History Emeritus by Lamar University in 2006. He is the author or editor of eleven books, including Civil War Texas: A History and a Guide (TSHA, 1999), a fellow and past president of the Texas State Historical Association and the East Texas Historical Association, as well as the recipient of numerous teaching awards.Robert Wooster is Regents Professor of History at Texas A&M University-Corpus Christi, where he has taught since 1986. A Fellow and past president of the Texas State Historical Association, he has received several teaching awards and is author, editor, or co-editor of fourteen books, most recently The American Military Frontiers: The United States Army in the West, 1783–1900, which received the Western History Association’s Robert M. Utley Award.
View More »

For more than one hundred years some of the finest articles on the history of Texas have appeared in the Southwestern Historical Quarterly published by the Texas State Historical Association. The editors of the newest edition of this classic Texas history anthology have brought together eighteen essays (fifteen of which were published in the past two decades) that illustrate the rich diversity of Texas history, especially in the areas of gender and ethnic studies, and include the writings of some of today's most respected Texas historians. Like the previous editions, this book is designed for both the student and the general reader seeking an authoritative overview of Texas history. Includes contributions by: Donald E. Chipman, Patricia R. Lemée, Gregg Cantrell, Margaret Henson, Fane Downs, Randolph Campbell, Joleene Maddox Snider, Alwyn Barr, Carl H. Moneyhon, James D. Ivy, David L. Wheeler, Robert A. Calvert, William S. Osborn, Shelley Sallee, Roger Biles, Emilio Zamora ,Martin Kuhlman, and Terry J. Jordan.
View More »