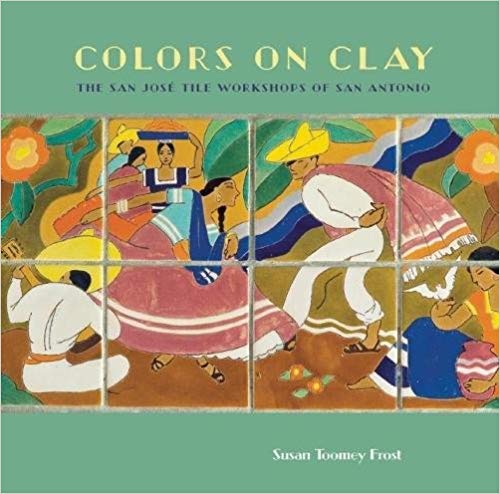 Equal parts art, biography, and history, Colors on Clay brings to life the artistry, designers, and styles that brought the San José Workshops’ distinctive art pottery to international prominence. Author Susan Toomey Frost tells the story of how two colorful characters, Ethel Wilson Harris and her talented designer Fernando Ramos, revived a dying Mexican art and eventually became the driving forces behind three San Antonio art tile factories, known collectively as the San José Workshops. Produced from 1931 through 1977, the factories’ tiles and wares became celebrated throughout the world and prized in San Antonio for both public and private installations. In addition to historical and biographical information, Frost provides detailed information on authentic tiles, helping collectors steer clear of the many reproductions on the market. Featuring 300 full-color illustrations, including never-before-seen drawings, this exhaustively researched and eminently readable book is an important addition to any collector’s library.
View More »