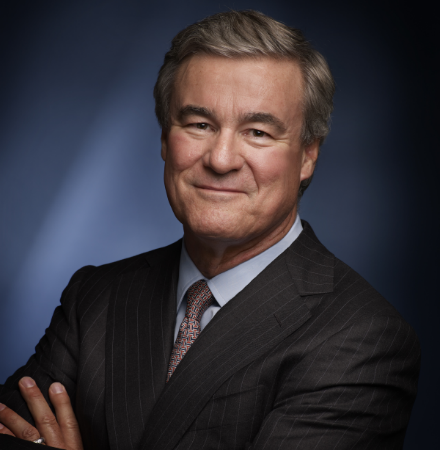 Trevor Rees-Jones, earned a BA from Dartmouth College and JD from SMU School of Law. He is founder and CEO of Dallas-based Chief Oil & Gas LLC, and CEO of Rees-Jones Holdings LLC. Mr. Rees-Jones entered the oil and gas business in 1984 as an independent operator working in exploration and production. In 1994, Mr. Rees-Jones founded Chief Oil & Gas, which was an early operator during the development of the Barnett Shale field in North Texas. Mr. Rees-Jones is past president of both the Dallas Petroleum Club and the Dallas Hardhatters Committee, is a past member of the Board of Trustees at Dartmouth College, and is a member of the TCU Board of Trustees. Mr. Rees-Jones received the Folsom Award for civic and community service in 2011. In 2013, he was presented with the Circle Ten Council Distinguished Eagle Scout Award and was inducted into the Junior Achievement’s Dallas Business Hall of Fame. Mr. Rees-Jones has also been inducted into the Texas Business Hall of Fame (2014); was recognized by the Texas Oil & Gas Association with its distinguished Service Award (2013). Along with his wife, Jan, Mr. Rees-Jones founded The Rees-Jones Foundation in 2006 to support programs involved in human services for children, youth and families.

From Presidio to the Pecos River: Surveying the United States–Mexico Boundary along the Rio Grande, 1852 and 1853 (Used)

The Land of Rain Shadow (Used)