George Catlin, painter and chronicler of American Indians, son of Putnam and Polly (Sutton) Catlin, was born in Wilkes-Barre, Pennsylvania, on July 26, 1796. He grew up on farms in the Susquehanna valley of New York and Pennsylvania, where he hunted, fished, and absorbed local stories about Indians, including an account of the Wyoming (Pennsylvania) massacre of 1778, during which Indians briefly detained his mother and grandmother. At his father's behest, Catlin entered the prestigious law school of Tapping Reeve and James Gould at Litchfield, Connecticut, in 1817 and passed the bars for Connecticut and Pennsylvania the following year. In 1821 he abandoned his legal practice and moved to Philadelphia to pursue a career as an artist. He exhibited as a miniaturist from 1821 to 1823 at the Pennsylvania Academy of Fine Arts, which elected him a member the next year. His miniature of Sam Houston from this period is unparalleled. Catlin turned to portraiture, exhibited for two more years in Philadelphia before moving to New York City, and produced a fine portrait of Stephen F. Austin. While in Albany to execute his first major commission, a full-length portrait of Governor De Witt Clinton, Catlin met Clara B. Gregory, whom he married on May 10, 1828. In the summer of 1828 Catlin received the inspiration that guided him for the rest of his life when he witnessed the visit to Philadelphia by a delegation of "noble and dignified-looking Indians, from the wilds of the 'Far West.'" He promptly decided to devote his life to painting Indians to lend "a hand to a dying nation, who have no historian or biographer of their own," thereby "snatching from a hasty oblivion what could be saved for the benefit of posterity." He spent 1829–30 painting portraits of the delegates to the Virginia Constitutional Convention while awaiting an opportunity to pursue the consuming passion to paint all of the Indian tribes in the United States.

From 1830 to 1836 Catlin traveled and painted Indians of the West much of each spring, summer, and fall. After spending part of two years painting subjects immediately accessible from St. Louis, he boarded the steamer Yellow Stone in 1832 for its maiden voyage to Fort Union, which stood at the confluence of the Yellowstone and upper Missouri rivers. Catlin painted furiously during the five months up river. He outlined about 170 paintings, including the only eyewitness accounts of the exotic Okeepa ceremony of the Mandans, which he completed during the winters spent with Clara. He accompanied a contingent of dragoons from Fort Gibson, Arkansas Territory, in 1834 on their expedition to consult with the elusive Comanche and Pawnee tribes. The expedition, on which more than 200 men died from disease, was the source for several paintings depicting "Texas" as well as the basis for Catlin's later claims of prolonged experience traversing Texas. But Catlin never crossed the international boundary between Indian Territory and Texas, the Red River. His final major expedition took him in 1836 to the sacred Indian pipestone quarry in the southwest corner of what is now Minnesota. He saw himself as the first White man to record that "classic ground." From his "mission" as historian of the Indians, Catlin collected the "North American Indian Gallery," which eventually contained more than 600 paintings and thousands of costumes and cultural artifacts. The portraits, landscapes, and cultural events he painted continue to be invaluable historical and anthropological documents, as well as intriguing artistic accomplishments.

Catlin exhibited his Indian Gallery in major cities along the Ohio River and the East Coast from 1837 to 1839. To reap larger returns from exhibiting and enhance the value of the gallery and his own prestige and thus improve the chances for purchase by the federal government, an almost constant aim for him for the next dozen years, Catlin sailed for England, where for five years he circulated his gallery. In London he published his great work, the two-volume Letters and Notes on the Manners, Customs, and Condition of the North American Indian (1841), which not only championed the Indian but indicted frontier "civilization." Faced with declining interest in his gallery, which now included Indian performers, he moved to the continent, where he again found royal audiences, this time in Paris and Brussels, and diminishing general interest. During the three years on the continent, Catlin suffered the sudden deaths of Clara and their only son, George, Jr. In the wake of the 1848 revolution, which deposed his presumed patron, Louis Philippe, Catlin and his three daughters returned to London. Insolvent, despondent, virtually ignored by the British, yet obsessed with keeping his gallery intact after eighteen years and devoted to making and promoting regardless of the substantial emotional and financial price, Catlin turned to itinerant lecturing to support his family and resuscitate interest. Displaying a few paintings and artifacts, he utilized a new hook for his old subject: his knowledge of that amorphous Eden, the American West, for the thousands of potential British emigrants. Soon, his paintings became mere travel posters, and he became a spokesman for British companies representing large Texas land speculators, principally James B. Reily. His unremunerated task was to encourage organized emigration activity and to direct it to Reily's lands. To supplement his emigration lectures, he published in November 1848 a persuasive pamphlet, Notes for the Emigrant to America, which concluded, "I fearlessly and unhesitatingly pronounce the new State of Texas the finest and fairest field for [emigrants'] consideration." Catlin's efforts on behalf of Texas landowners persuaded one Midlands emigration group in 1849 to engage Edward Smith and John Barrow to "examine the Country pointed out by Mr. Catlin," and report their findings. Catlin's employers, holders of the large tracts of James Reily, took in the Midlands group shortly after the return, and glowing report, of Smith and Barrow. The speculation group changed names twice in a year, finally settling on the United States Land Company in early 1850.

Newspapers from Galveston to Austin cited Catlin in connection with impending settlement in Central Texas, not just as organizer abroad but as leader of the party as well. In June 1850 the Universal Emigration and Colonization Company, with a house newspaper, the Universal Emigration and Colonization Messenger, and agreements with the Black Star Line for transporting emigrants, absorbed the United States Land Company. For his investment in time, money, and energy, Catlin became the "local superintendent in Texas" for the newly consolidated company. The August issue of the Messenger included an article on the proposed "New Colony of Milam County, Texas"-on 60,000 acres of Reily's tract now in Coryell County-that discussed the "class of persons who are now accompanying Mr. Catlin to his first settlement in Texas." The report of Catlin's departure for Texas was premature, however, and in fact a few days later he severed relations with the company in a disagreement concerning compensation. He received no money for his two years' recruiting nor for his investment.

Catlin's efforts as Texas colonization expert proved disastrous for himself and the colonists. He mortgaged his gallery to invest in the Texas scheme and to meet expenses during two years spent promoting it and continued to borrow against it to mollify initial creditors and support his family. In 1852 creditors seized the gallery and sold it to industrialist Joseph Harrison, who immediately shipped it to a warehouse in Philadelphia. A sometime benefactor wrote Catlin years later that "I remember I constantly warned you of the imprudent manner in which you were acting, wasting your money upon Texas gamblings." The colonists received dangerously inaccurate and misleading information concerning the intended destination, Central Texas, that reflected Catlin's ignorance of the area, his financial desperation, the interests of the land speculators, and the complete incompetence of the colonization company. Though the British colonists founded the Colony of Kent in what is now Bosque County, their ordeal in Catlin's Eden ended shortly afterward, with high casualty rates.

Catlin saw "the second starting point of my life" in an expedition to South America in 1852 and within five years claimed to have traversed the Western Hemisphere from Kamchatka to Tierra del Fuego, including a trip down the entire Rio Grande. He produced hundreds of paintings depicting North and South American Indian life, which he called the Catlin Cartoon Collection. His return to the United States in 1871 reunited him with his daughters, whom Clara's brother had taken during the days of the gallery seizure. He died in Jersey City on December 23, 1872, and was eventually interred in Green-Wood Cemetery, Brooklyn, New York. Mrs. Joseph Harrison donated the gallery, which Catlin had not seen since 1852, to the Smithsonian Institution in 1879, where it remains today. Catlin's published works include, in addition to those mentioned, Catlin's North American Indian Portfolio: Hunting, Rocky Mountains, and Prairies of America (1845); Catlin's Notes on Eight Years' Travels and Residence in Europe (2 vols., 1848); Life Among the Indians (1867); and Last Rambles amongst the Indians of the Rocky Mountains and the Andes (1867). 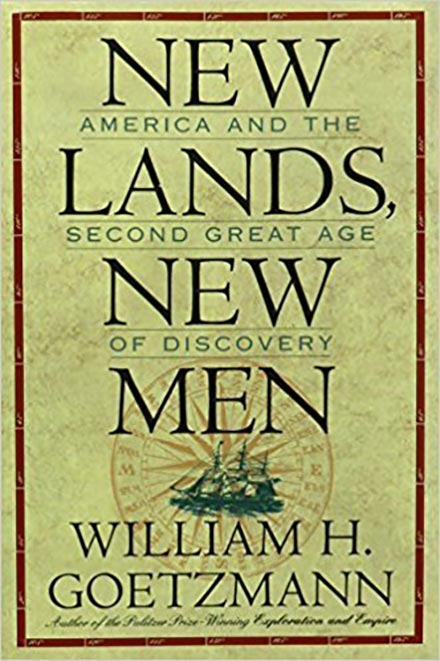