William Leslie Cazneau, soldier and politician, was born on October 5, 1807, in Boston, Massachusetts, and arrived in Matagorda, Texas, in 1830 to establish a general store. He served on the staff of Gen. Thomas J. Chambers in 1835 and was a member of the guard that escorted Antonio López de Santa Anna and his staff as prisoners to Galveston Island after the battle of San Jacinto. At the direction of Col. Juan N. Seguín he collected the remains of the Texan soldiers at the Alamo and saw to their burial with full military honors. In 1839 Cazneau moved to Austin and was appointed commissary general by Mirabeau B. Lamar. His association with Lamar was personal as well as professional, and Lamar later dedicated a volume of his poetry to Cazneau and his wife. As a representative from Travis County, Cazneau served in the Seventh, Eighth, and Ninth congresses. He opposed moving the government archives from the frontier community of Austin and was considered a frequent opponent of other plans of Sam Houston as well (see ARCHIVES WAR). Cazneau served in the Convention of 1845 and the First Legislature. His military career included service in the Mexican War until August 1847, when he entered into a partnership with Henry L. Kinney that involved land speculation along the Nueces River valley. Also at this time he married Jane McManus Storms (see CAZNEAU, JANE), and together they were instrumental in establishing the town of Eagle Pass. Under the administrations of President Franklin Pierce and his successor, James Buchanan, Cazneau was twice appointed special agent to the Dominican Republic (1853 and 1859). He supported annexation of that nation to the United States but was defeated in this project by a combination of changing conditions there and a temporary loss of enthusiasm for imperial adventures on the part of the administration in Washington. Various schemes and development projects kept him occupied in the Caribbean region for the remainder of his life. He died on January 7, 1876, at Keith Hall, his estate in Jamaica. His wife perished in a shipwreck two years later. They had no children. 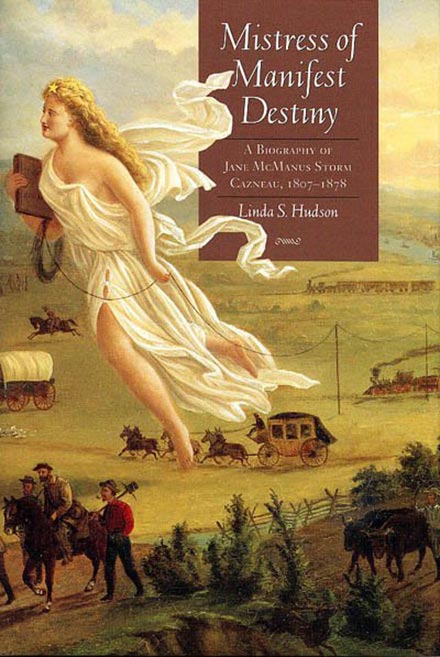 Linda S. Hudson
Save to MyTSHA Load a Random Entry Report an Error Request a Revision