The ciboleros were Mexican buffalo hunters who operated on the Llano Estacado for nearly two centuries. Their name was derived from the Spanish cíbolo, the common term for buffalo. Although they were often associated with the Comancheros (see COMANCHERO) they were actually a distinct group whose primary objective was to hunt the shaggy bison for meat, hides, and sport. Like the Indians, the ciboleros considered the thrill of the chase as much a part of the hunt as the kill. Most of them operated out of Taos, Santa Fe, or the El Paso area, and they were an important factor in the eventual demise of the buffalo herds on the southern plains.

Since pre-Columbian times sedentary Pueblo Indians from the upper Rio Grande had ventured onto the plains to supplement their vegetable diet with buffalo meat whenever relations with plains tribes permitted. The acquisition of horses from the Spaniards made these annual journeys faster, easier, and more successful. Early Spanish expeditions into West Texas, beginning with that of Vicente de Zaldívar in 1598, hunted and even tried to capture and domesticate buffalo. Though the Pueblos and Spanish colonists of New Mexico obtained most of their meat and hides through barter with the plains nomads, they soon mastered many buffalo-hunting techniques. By the late seventeenth century ciboleros had begun to venture out in force onto the Llano Estacado.

They made their annual expeditions mainly to provide meat for their families during the winter. These hunts usually occurred during October, after they had harvested the crops at home and when the weather was still mild. Buffalo hides were in prime condition that time of the year, and the animals had migrated into the Canadian River breaks from their summer grazing ranges farther north and so were closer at hand. The ciboleros soon became legendary for their hunting prowess, their main weapons being bows and arrows or, more commonly, lances. They often dressed gaudily and sometimes rode their agile Spanish ponies bareback to prevent entanglement in gear. Racing to the side of a running buffalo, the cibolero drove the razor-sharp lance point into the animal's heart, quickly dismounted, often at great risk, to pull out the lance, and then remounted to continue the chase and kill as many animals as he could. A skilled lancer could bring down as many as twenty-five buffalo during a single chase, which often covered two or three miles.

The ciboleros traveled in groups numbering as many as 150 men, accompanied on occasion by their women and children. Even before the lancers finished their job, the other members of the party went to work skinning fallen animals, loading the meat onto horses or into wooden carretas, and hauling it back to their campsite, where they cut it Indian fashion into thin strips that they hung out to dry. The jerked slices were then beaten or kneaded with the feet, a process thought to help preserve them, and packed into the carretas. Most of the rest of the animal was used in various ways. The fat was cut into large chunks and made into tallow for cooking and manufacturing candles. After the tallow was drained off, the crunchy cracklings that remained were a favorite treat among the children. Hides were tanned into highly valued rugs and robes by scraping and kneading with repeated applications of buffalo brains. These robes came in handy during severe northers and blizzards. Horns were made into utensils and decorative objects, and the long hair from the neck and shoulders was made into coarse cloth or used as mattress stuffing.

To avoid conflict with plains Indians who were also after buffalo, the ciboleros brought along homemade bread, beads, and other trinkets to use as barter. Sometimes Indian hunting parties were given flour, sugar, coffee, and other provisions when they called on the cibolero camps.

On the return trip to the Rio Grande settlements with their carts laden with meat and other products, successful hunters rode proudly through villages in a triumphal procession, to the envy and admiration of the local populace. In their hometowns they received a hero's welcome and on the first night were treated to a fandango. Although most of their products were subsequently sold, they kept some of the meat for themselves to eat with frijoles.

By the beginning of the nineteenth century the ciboleros had become an important economic factor. They supplied food for the New Mexico settlements and hides for the rich Santa Fe-Chihuahua trade. Their buffalo jerky found ready markets throughout northern Mexico, while delicacies like dried buffalo tongues were hauled as far south as Mexico City, where they sold for as much as two dollars apiece. The expedition of Francisco Amangual in June 1808 encountered hunting parties in West Texas, and in the 1840s Josiah Gregg described their colorful manner of life in detail. The ciboleros also gained a thorough knowledge of the trackless prairies and inspired the Comancheros to begin their lucrative trading expeditions to the breaks and canyons of the Llano.

As early as 1832 ciboleros were reported to have killed between 10,000 and 12,000 bison each year. Such butchery resulted in increased antagonism on the part of the southern plains tribes by the 1850s. Attempting to protect their main source of livelihood, the Comanches warned the ciboleros to bring only a few pack animals with them and threatened on occasion to "take away all their animals and wagons." In southeastern Colorado skirmishes broke out between the ciboleros and Cheyennes, compelling the former to restrict their hunts largely to the Comanchería in the Texas Panhandle. Further serious Indian opposition was avoided until after the Civil War. By that time the ciboleros had begun replacing their flimsy carts with larger, more durable wagons capable of holding the jerked meat of forty-five buffalo. They were thus capable of depleting the herds even more. In addition, military officials in New Mexico and Indian Territory attempted to close the Llano Estacado to all native New Mexicans in an effort to curb the illicit activities of the Comanchero trade. Even so, many ciboleros managed to continue their activities until the decimation of the buffalo herds in the late 1870s by White hide hunters with their long-range rifles. 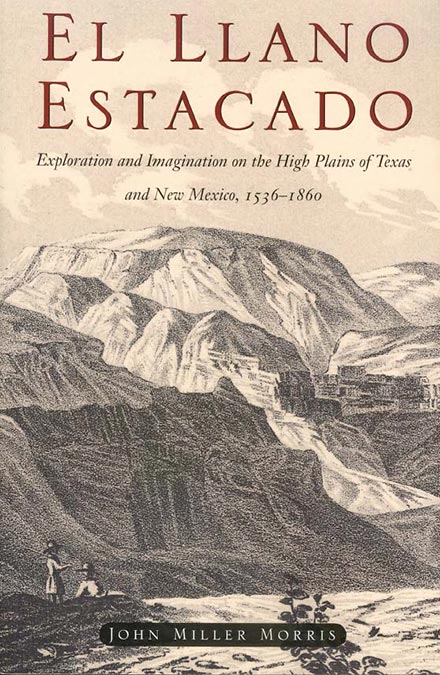