Usually referred to as Moranget, Crevel de Moranget was the son of Nicolas Crevel. His Christian name is not known. His mother was the sister of René Robert Cavelier, Sieur de La Salle, and Abbé Jean Cavelier. His grandfather was Jean Cavelier, a wealthy merchant of Rouen, France, where Crevel de Moranget probably was born. As a young man, Crevel de Moranget enlisted in La Salle's company and with the rank of lieutenant sailed with his uncle from La Rochelle, France, in July 1684 to seek the mouth of the Mississippi via the Gulf of Mexico. He is portrayed in accounts of the La Salle expedition as young, brash, and hotheaded, given to creating unpleasant situations-traits that led eventually to La Salle's murder and his own, as well as that of two companions. He probably contributed also to the destruction of La Salle's Texas Settlement.

After La Salle's ships arrived on the Texas coast in January 1685, Moranget and Henri Joutel went ashore near Cedar Bayou with a detail of soldiers and marched up Matagorda Island looking for a place to unload the ships. The vessels followed in the offing until they reached Cavallo Pass, then the only entrance to Matagorda Bay.

The storeship Aimable wrecked while trying to enter the bay, and the cargo piled up on the beach was pillaged by Karankawa Indians. Sent to recover the stolen goods from the native village, Moranget proceeded "with great display of arms and a threatening attitude" and frightened the Indians away. His men helped themselves to Indian as well as French goods and hauled away the loot in two of the Indians' canoes. Overtaken by nightfall while returning to the French camp, the lieutenant permitted his men to go ashore and build a fire. The Karankawas attacked during the night with a shower of arrows that killed two men and severely wounded a third, while Moranget received an arrow through the arm. Thus began the bad relations between the Frenchmen and the natives that culminated in the La Salle's Texas Settlement massacre.

Despite his imprudence, Moranget was often trusted with important tasks. In June 1685, after his wound had healed, he was ordered by La Salle to conduct the colonists to a new site above the head of Lavaca Bay. In the spring and summer of 1686, he accompanied La Salle on his first journey to the "Cenis" (Hasinai Indians) in eastern Texas, on which twenty men went and eight returned. It may have been on this journey that Moranget aroused the hatred of Pierre Duhaut, for Duhaut's brother, Dominique, was one of those lost. Duhaut, it has been suggested, "detested Moranget for having abandoned him [his brother?] during the expedition of 1686." In any event, Duhaut conspired in Moranget's murder, which took place in a hunting camp as La Salle and seventeen men neared the Cenis a second time, on March 17, 1687. The trouble began with an argument over marrow bones, with Moranget acting in his customary officious manner. But that was only the spark that brought to the surface a long-simmering hatred. In the middle of the night, Duhaut's coconspirator, the brooding surgeon Liotot-who had attended Moranget's arrow wound and been repaid with constant abuse-laid open the skulls of Moranget, La Salle's servant Saget, and the Shawnee hunter Nika with an axe. Two days later, when La Salle came to investigate his nephew's extended absence, he was lured into an ambush by Duhaut's lackey, Jean L'Archêveque. Duhaut fired the fatal shot, an act-though not without other motivation-that was made necessary by the previous slayings. 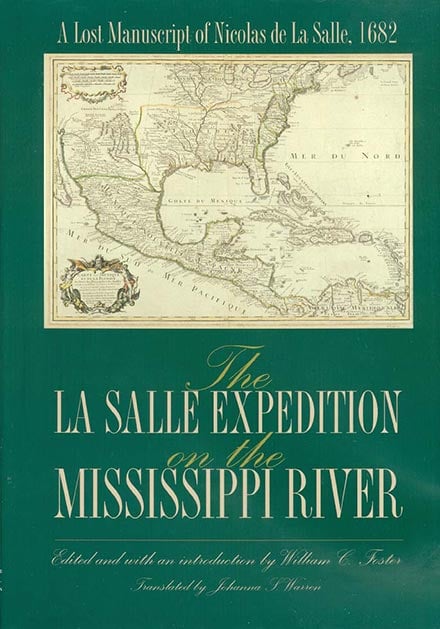