The Davis Mountains, the "Texas Alps," are the second highest range in Texas. They extend sixty miles in the shape of a V from north to west central Jeff Davis County, with the point to the southeast at Fort Davis; the approximate center of the range is ten miles northwest of Fort Davis (at 30°43' N, 104°00' W). The highest elevation in the Davis Mountains is 8,378-foot Mount Livermore, the fifth-highest peak in the state; several other peaks in the range rise to over 7,000 feet above sea level.

The Davis Mountains originated some thirty-five million years ago during a period of violent volcanic activity in western North America. They are composed of various horizontally bedded volcanic strata, formed from magma that erupted from two main volcanic centers-the Paisano Volcano, west of Alpine in Brewster County, and the Buckhorn Caldera, northwest of Fort Davis. The mountains are unique in West Texas in that they are the center of a circular area of higher rainfall; they receive up to eighteen inches of rain a year, while the rest of the Trans-Pecos generally receives only eight to twelve inches annually. This occurs because the mountains force westerly winds to rise; the flowing air is thus cooled, and the moisture it contains is condensed. Because of the rain, the Davis Mountains have temperate vegetation not found in the surrounding desert lowlands, such as yellow and limber pine, dwarf gray oak, Texas oak, and black cherry.

The mountains, once the domain of the Mescalero Apaches, were first visited by European explorers in August 1583, when friendly Jumano Indians showed Antonio de Espejo, who was returning to Mexico from Santa Fe, a shortcut through the area. In 1839 a Dr. Connelly traveled north with a group of Mexican freighters on the Old Salt Trail, which skirted the Davis Mountains. Not until the 1850s, however, when demand mounted for new routes from Central Texas to the west, did settlement of the area begin. In 1849 the first government reconnaissance party came to the Davis Mountains, and the following year Henry Skillman received a contract to carry the mail from San Antonio to El Paso and established four stagecoach stands in Jeff Davis County. Fort Davis was established in 1854 to provide protection for Skillman's coaches and others using the road to the west. The town of Fort Davis grew up around the military post in the late nineteenth century, and in the 1880s, after the Mescalero threat had been eliminated, the area attracted a number of cattle ranchers. The University of Texas McDonald Observatory was built on Mount Locke in 1932, and the Davis Mountains State Park was established two years later. 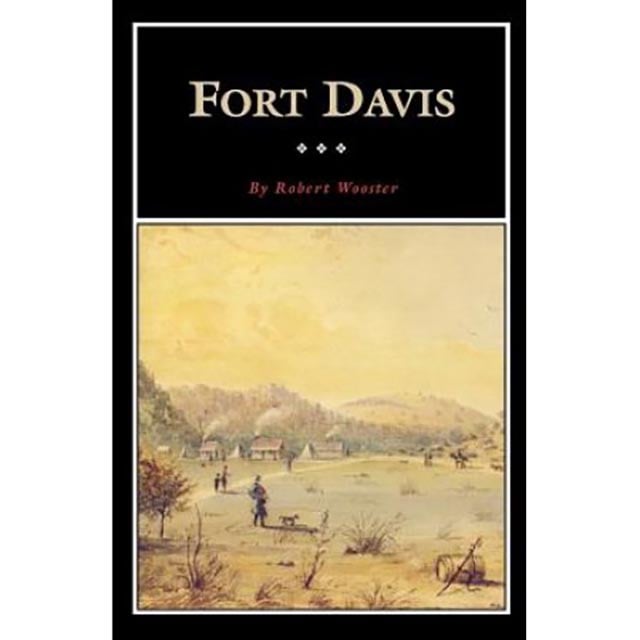