The Republic of Texas inherited from the provisional and ad interim governments a debt estimated at $1.25 million. Of this, $100,000 was in the form of loans and the remainder in the form of claims for services and supplies. At the end of the republic the debt was officially estimated at $9,949,007. Postponement of the payment of the bulk of this debt was protracted over a period of eleven years, interest accumulating on it up to July 1, 1850. An official report on the debt in November 1851 reported the sum of claims filed at $6,480,748.58, interest due $3,166,504.56, and estimated unfiled claims with interest $2,789,738.20, or an estimated total debt of $12,436,991.34. The total debt included the revenue debt, for which the import duties levied by the republic had been pledged, and the nonrevenue debt of audited drafts and audited claims including an estimate of unfiled claims.

The republic authorized a loan of $5 million in 1836, but there were no takers. In May 1838 Congress passed another $5 million loan act, and commissioners were sent to the United States and Europe to market the 10 percent bonds with which the loan was to be made. The Pennsylvania Bank of the United States bought bonds amounting to $457,380. Before the final settlement of this obligation the principal and accrued interest on it amounted to $960,498. In the state rating of the items of debt based on what would have been the specie equivalent of each at the time of its issue, this particular item was rated at $.8745 on the dollar.

A second item, the naval debt (also called the Dawson and Holford debt) was in the form of 10 percent bonds of the $5 million loan act. The republic bought two vessels, the contract for each of which provided that if the amount was not paid at its maturity date of one year, the price would be doubled. Bonds at 10 percent in double the amount of the price were put up as security, and, as the debts were not paid at their maturity, the bonds were forfeited, the principal and interest on them finally amounting to $1,622,404.70. They were rated by the state at a valuation of fifty cents on the dollar.

In joining the United States, Texas retained her unappropriated lands with the idea that their first use should be to pay the debt of the republic. No action on the debt was taken by the First Legislature. In 1848 the Second Legislature instructed the state auditor and the comptroller of public accounts jointly to ascertain the amounts of the various items of the debt and to reduce their amounts to the "actual par value which may have been realized by the late Republic." This reduction, called rating or scaling, reduced the amount of liability from the face amount to what the amount would have been if there had been neither money nor credit risk on the obligation at the time it was incurred. This policy, called "the principle of equivalents," was in high favor in Texas at the time of annexation, but it was strenuously opposed by the holders of the debt. In the official state report of 1851 only $283,456.11 of the total estimated debt of $12,436,991.34 was rated at face value, and the total was scaled down to $6,827,278.64. By an act of February 11, 1850, Texas proposed to pay the scaled amount in land on the basis of fifty cents an acre. At the same time it was specified that interest on all liabilities would cease after July 1, 1850. The creditors, however, refused to accept this plan of payment.

The deadlock between the state and the creditors was solved by the settlement of the dispute over the northwestern boundary of Texas in the Compromise of 1850. The United States, in return for a cession of 67,000,000 acres of land, gave to Texas $10 million in 5 percent United States bonds, with the proviso that $5 million of the bonds should not be turned over to Texas "until the creditors of the State holding bonds of Texas for which duties on imports were specially pledged shall first file releases of all claims against the United States for or on account of said bonds." A controversy between the federal government and Texas over the interpretation of the proviso continued for more than 4½ years. It was finally settled by an act of Congress on February 28, 1855, which appropriated $7.75 million in cash to be prorated among the holders of the revenue debt. The basis of this amount was roughly the principal of the $5 million of the reserved bonds plus the accrued interest and the market premium on the bonds. In the general election of 1855 the people of Texas rejected the plan, but the congressional act had given the legislature the power of acceptance or rejection, and the legislature, by a narrow vote, accepted the plan, which was ratified on February 1, 1856. Opponents of the plan calculated the financial loss to the state at $6,082,244.

E. T. Miller, “Debt of the Republic of Texas,” Handbook of Texas Online, accessed May 19, 2022, https://www.tshaonline.org/handbook/entries/debt-of-the-republic-of-texas. 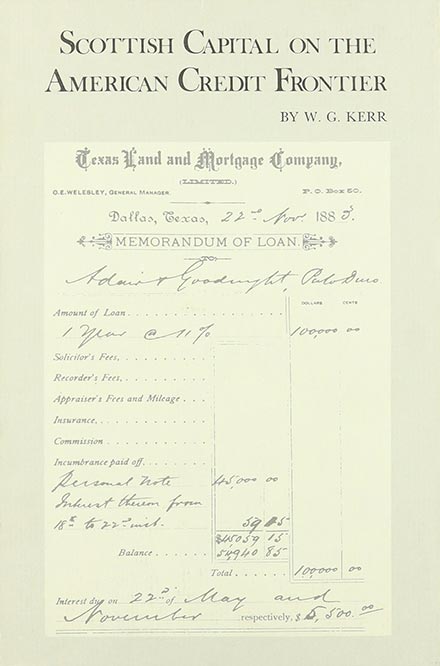