Richard Exter, merchant and land speculator, the son of John and Anna Exter of Pilton, Devonshire, England, was born about 1791. One of numerous British subjects who migrated to Mexico after its independence, he was a partner in the Mexico City firm of Exter, Graves, and Company, which had a business relationship with the General Pearl and Coral Association of London. He married María Dolores Soto y Saldaña on August 24, 1825. In November 1826 he purchased from Stephen Julian Wilson one-half interest in an empresario contract to settle 200 families on a vast tract of land in what is now eastern New Mexico, southwestern Kansas, southeastern Colorado, and the Texas and Oklahoma panhandles. Beginning at the intersection of the thirty-second parallel and the 102d meridian, the tract's boundaries extended west to the eastern boundary of New Mexico (not otherwise defined), thence north to a point twenty leagues south of the Arkansas River, thence southeast to the 102d meridian, thence south to the point of beginning. In acquiring his interest, Exter agreed to assume the obligation of paying the "expenses incurred, and . . . about to be incurred" in the development of the grant. These unspecified expenses undoubtedly were those Wilson previously had agreed to pay Alexander Le Grand to survey the grant and would have included the $10,000 Le Grand received before leaving Mexico City to begin the survey. Thereafter Le Grand dealt only with Exter, reporting to him from New Orleans and Missouri while organizing his expedition and from New Mexico after completing his survey in November 1827. Le Grand's exaggerated assessment of the productive potential of the lands he claimed to have surveyed undoubtedly influenced Exter and Wilson in 1828 to secure the twenty-league boundary-zone contract to settle the tract lying between their earlier grant and the Arkansas River and to apply for a monopoly over hunting and trapping in New Mexico and California.

While Le Grand's expedition was still on the High Plains, Exter began efforts to capitalize on his investment. In a letter of October 6, 1827, he broached the subject of the sale of land in his grants to Dennis A. Smith, a Baltimore speculator. Smith's initial response was an offer to purchase half interest in the lands. In the following year Smith and Exter concluded some type of agreement with regard to the lands. On the basis of this understanding, Smith organized a $400,000 stock company and, in a series of newspaper advertisements in July 1829, announced grandiose plans to develop the forty-eight million acres included in the grants made to Exter and Wilson. Whatever their extent, these plans were nullified before they were announced, for Exter had died at sea on June 18, 1829, en route from Veracruz to England. When news of his death reached Smith, Smith and his associates vainly tried to gain control over Exter's interests in the empresario contracts, which devolved upon his widow and his two-year-old daughter, Anita. Smith did not figure in subsequent plans to colonize the grants. Mrs. Exter's second husband, John Charles Beales, dealt only with New York speculators. 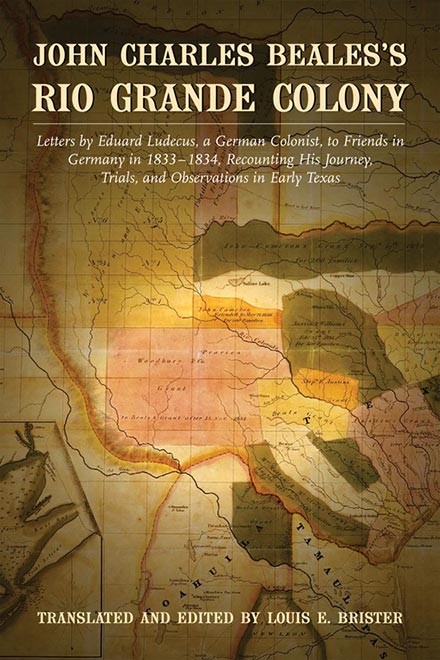