The origins of the film industry date to the first public demonstrations in 1891 of Thomas Edison's Kinetoscope, a "peep" cabinet in which the viewer saw moving images generated from a continuous roll of celluloid film. Three years later the industry began in Texas. In its earliest stages the activity of making films in Texas was not so much an industry as an entrepreneurial phenomenon. Individuals and small companies were involved in introducing a new medium to an audience unfamiliar with cinema. One of the state's first Kinetoscope parlors opened in Austin on November 10, 1894. Between that date and 1900, technical improvements made possible the projection of film onto a screen or wall, transforming it into a mass medium. Interest in the new medium spread quickly; the first public screenings of projected film in the southern United States were held in Virginia and Atlanta, Georgia, in 1895 and in New Orleans in 1896. Although the fact cannot be definitively established, public demonstrations of Thomas Edison's Vitascope in Dallas on February 1 and 2, 1897, were probably the first instances of projected film in Texas. The program at the Dallas Opera House consisted of scenes of a Mexican duel, a lynching, a fire rescue, and Niagara Falls. In Austin, projected film debuted at a tent show on January 10, 1900.

The first motion pictures made in Texas did not tell stories, but documented events and simple activities. The earliest documented and extant moving film shot in Texas is of the aftermath of the Galveston hurricane of 1900. Cameraman G. W. "Billy" Bitzer of the New York-based Biograph Company arrived at Texas City on September 13, and in the following days shot eight scenes of the destruction. Other short scenes made in Texas at that time, probably by Bitzer, include a passing train and oil wells at Beaumont. Excluding entities that did not apply for incorporation through the office of the Texas secretary of state, the earliest documentable company established in Texas for the purposes of making and distributing motion pictures was the Wheelan-Loper Film Company of Dallas and San Antonio, incorporated on July 18, 1908, as the J. D. Wheelan Film Company. The enterprise was started by John D. Wheelan, exclusive Texas representative of the monopolistic Motion Picture Patents Company, and, later, the General Film Company and the Mutual Film Corporation of Texas. Although the enterprise was formed primarily to distribute the films of a number of domestic and foreign companies, part of the capital stock is listed in the company's charter records in terms of equipment and supplies, including cameras, lighting apparatus, and reels of unexposed film stock. The Wheelan-Loper Film Company ceased doing business after the teens and was declared inactive and dissolved on May 19, 1950. Another early film production company, and the earliest non-Texas production company to operate in Texas, was Star-Film, established in early 1910 in San Antonio and operated by Gaston Mélies, brother of pioneer French filmmaker Georges Mélies. Mélies's choice of Texas, based upon its favorable climate, variety of geographical settings, and history, is an early example of outside interest in the state's unique qualities for filmmaking. At the Star Film Ranch, Mélies made approximately seventy titles before moving operations to California in May 1911. Also in 1910, brothers Paul W. and Wesley Hope Tilley started the Satex Film Company in San Antonio. The business was moved to Austin in 1911 and produced several features and shorts, some released nationally. Production ceased in July 1913.

Other studios operated briefly in the San Antonio area. Patrick Sylvester McGeeney (lawman, Western genre novelist, and actor) organized the Lone Star Company on September 2, 1915, and produced several films. The company was abandoned briefly, then reorganized in May 1917 as the Shamrock Photoplay Corporation. It produced numerous feature films and serials, many of which achieved national distribution. Its production facilities were also leased to out-of-state companies conducting on-location shoots in San Antonio. Production ceased in early fall 1923. Also operating for a brief period in San Antonio were the Neal Hart Production Company (1921–22) and the Sunset Corporation, a studio and processing laboratory branch of a New York-based company. Other attempts at establishing studios in Texas included one by character actor and San Antonio native Maclyn Arbuckle, financed by William Clifford Hogg, and National Pictures' Kier-Phillips Productions, which produced numerous features between 1926 and 1956. The Jamieson Film Company was founded in Dallas in 1916 and became an established film-production company in the Southwest. In 1972 the company was absorbed into the Masters Film Company of Houston. Sack Amusement Enterprises, of San Antonio and later Dallas, was formed in 1920 by Alfred N. Sack. The business, a combination theater chain and production company, was a major producer and distributor of features and short subjects starring and produced for African Americans between 1937 and 1945. Sack Amusement Enterprises was declared an inactive corporation in 1979 (see BLACK FILMMAKING).

Despite fitful but encouraging beginnings, Texas could not compete as a base of film production with the East and West coasts. By the middle teens, centers of film production had become firmly established in the Hollywood-Los Angeles area in California, and in the New York-New Jersey area on the East Coast, thus lessening the likelihood of studios establishing permanent residence in Texas. Instead, the film industry of the state for many years consisted of Hollywood and East Coast-based companies using various Texas locales for location shootings. This trend began in Spring 1918, when Samuel Goldwyn filmed Heart of the Sunset in the San Antonio area for the Rex Beach Pictures Company of New York. Much more publicized was a larger production in November 1923, when the Fox Film Company shot exteriors for The Warrens of Virginia, also in San Antonio. Clever use of existing sites and structures, natural surroundings, and local extras reduced production costs for the studios and encouraged several to film in the state. The army and air force bases of the San Antonio area, for example, provided locations for The Big Parade (1925), The Rough Riders (1927), Wings (1927), which won the first Oscar award for best picture, West Point of the Air (1934), I Wanted Wings (1940), and Air Cadet (1951). Film production in Texas was sporadic from the 1920s through the 1960s. A true industry did not begin to mature in the state until the 1970s. Approximately five major productions were shot in Texas during the 1920s, only five in the 1930s, fourteen in the 1940s, nine in the 1950s, and eleven in the 1960s. Although Texas would seem a logical place to make movies in the popular Western movie genre, only a handful were shot on location within the state. Authentic Texas landscapes provided the backdrop for several notable Westerns, such as North of 36 (1924), the progenitor of cattle drive-movies, which was filmed at a ranch near Houston; one of its two remakes, The Texans (1938), was filmed in South Texas. Other noteworthy Westerns of this period shot in Texas included Sundown (1924) and The Big Show (1936). In a smaller but vastly popular genre, the story of the battle of the Alamo has been filmed ten times in Texas, beginning with Gaston Mélies's The Immortal Alamo (1911), which was shot in San Antonio. Several versions, including The Alamo (1959), Seguin (1981), Lone Star (1984), The Alamo: Thirteen Days to Glory (1986), and Alamo...The Price of Freedom (1988), have made use of a historically accurate replica of the chapel-fortress in Brackettville.

The turning point in on-location filming in Texas occurred during the 1950s and after, when the major motion picture projects Viva Zapata! (1952), Giant (1956), John Wayne's The Alamo (1959), Hud (1962), and Bonnie and Clyde (1967) attracted national attention and cultivated an interest that has not waned. By the 1970s the film industry outside the state coordinated location shooting within the state through the Texas Film Commission, an office established in 1971 by Governor Preston Smith. More than 100 movie projects were filmed in the state during the 1970s; in the 1980s the number more than doubled to 247. In 1992, 28 film projects were shot in Texas. A boom in Texas filmmaking occurred in the late 1970s and 1980s and carried over into the 1990s as a number of Hollywood-established Texans, especially writers and directors, reintroduced Texas as a shooting location. L. M. "Kit" Carson, Horton Foote, Warren E. Skaaren, William Wittliff, and others, responsible for Barbarosa and Raggedy Man (1980), Places in the Heart (1983), and Lonesome Dove (1988), helped attract film and video crews that bring many millions of dollars in revenue to the state. Other movies shot in Texas include Arrowhead (1952), State Fair (1962), The Last Picture Show (1971), Leatherface: Texas Chainsaw Massacre (1974), Outlaw Blues (1977), The Best Little Whorehouse in Texas (1981), Silkwood (1984), and JFK (1991). In 1992, total gross budgets were estimated at $143,207,800. Foreign and independent directors have also capitalized on Texas. Their films include Louis Malle's Alamo Bay (1984), Wim Wenders's Paris, Texas (1983), Paul Verhoven's Robocop (1987), and Richard Linklater's cult film Slacker (1990).

Because an estimated 50 percent of a production's budget is spent in the location filming area, filmmaking boosts local economies. Film production puts money in circulation as film and tape professionals, local talent, properties, sound stages, rentals, and facilities are utilized. Dollar figures reflecting the impact of film production in Texas before the mid-1970s are elusive and not readily available. In 1977 at least $40 million was spent on film and videotape-related goods and services in the state, and the following year the figure increased by about $20 million. More complete records are available for the 1980s, based on gross sales and gross receipts as reported by the Texas comptroller of public accounts. Film and tape-related goods and services are defined by a classification scheme known as the Standard Industrial Code. In 1984 gross sales reached just over $128.8 million; four years later in 1988, they totaled over $244 million. During the first two quarters of 1992 more than $151 million was earned in gross sales for film and tape-related businesses in the state. 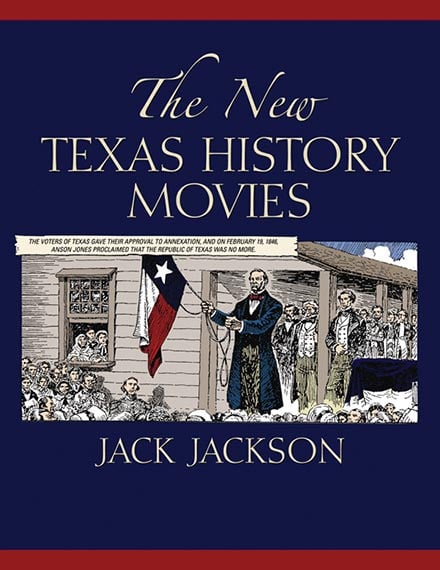