John Salmon (Rip) Ford, soldier, elected official, and newspaper editor, son of William and Harriet (Salmon) Ford, was born in Greenville District, South Carolina, on May 26, 1815. He moved to Texas in June 1836 and served in the Texas army until 1838, rising to the rank of first lieutenant under John Coffee (Jack) Hays. Ford settled in San Augustine and practiced medicine there until 1844, when he was elected to the House of the Ninth Congress, where he introduced the resolution to accept the terms of annexation to the United States. In 1845 he moved to Austin and became editor of the Austin Texas Democrat; he was later in partnership with Michael Cronican.

During the Mexican War Ford was adjutant of Hays's regiment and in command of a spy company; he was commended for gallant service by Gen. Joseph Lane. While serving as adjutant, Ford acquired the lasting nickname "Rip." When officially sending out notices of deaths he kindly included at the first of the message, "Rest in Peace"; later, under the exigencies of battle conditions, this message was shortened to "R.I.P."

In 1849, with Robert S. Neighbors, Ford made an exploration of the country between San Antonio and El Paso and published a report and map of the route, which came to be known as the Ford and Neighbors Trail. Later in 1849 he was made captain in the Texas Rangers and was stationed between the Nueces and the Rio Grande, where he had numerous Indian fights during 1850 and 1851.

In 1852 he was elected to the Texas Senate; again he became an editor and, in partnership with Capt. Joe Walker, established the State Times, which was published in Austin until 1857. Early in 1858 he accepted a commission in the state troops and defeated the Indians in two major battles on the Canadian River. Late in 1859 he was sent to the Rio Grande, where he commanded operations against Juan N. Cortina. In 1861 Ford served as a member of the Secession Convention, commanded an expedition to Brazos Santiago, initiated a trade agreement between Mexico and the Confederacy, and was elected colonel of the Second Texas Cavalry, with a command in the Rio Grande district. Between 1862 and 1865 he discharged with tactful moderation the duties of commandant of conscripts, while at various times he was engaged on border operations protecting Confederate-Mexican trade. In May 1865 he led Confederate forces in the battle of Palmito Ranch, the last battle of the Civil War.

In 1868 Ford moved to Brownsville to edit the Brownsville Sentinel. In 1872 he was a delegate to the Democratic convention in Baltimore. He was a special sergeant-at-arms when Richard Coke was inaugurated as governor in 1873 and quelled a riot of Austin citizens who were aroused against the radicals and Edmund J. Davis. In 1873 Ford served as a cattle and hide inspector of Cameron County, and in 1874 he was mayor of Brownsville. He was a member of the Constitutional Convention of 1875 and served in the Texas Senate from 1876 to 1879, when he was appointed superintendent of the Deaf and Dumb School (later the Texas School for the Deaf). While in the Senate he urged the promotion of immigration to Texas and popular education, supported in part from the sale of public lands.

Ford spent his later years writing reminiscences and historical articles and promoting an interest in Texas history. As a charter member of the Texas State Historical Association, he contributed one of the first articles published in its Quarterly. He died in San Antonio on November 3, 1897. 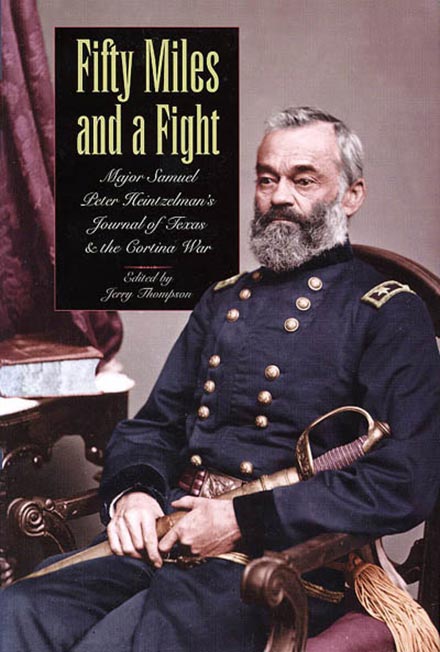