Freedmen’s settlements, otherwise known as Black settlements, freedom colonies, or freedmen’s towns, are historically significant communities founded across the South, including Texas, from 1865 to 1930. Black Texans obtained the land upon which these settlements were founded via cash purchase or adverse possession, often in flood-prone bottomlands on the edges of plantations and city boundaries.

Accumulating land in Texas was no small feat for the formerly enslaved. Since the state's inception in 1845, property laws privileged the White majority, particularly slaveholders. The land redistribution discussions of Charles Sumner, Thaddeus Stevens, and other Radical Republicans and Special Field Order No. 15 issued by Gen. William T. Sherman on January 16, 1865, that suggested the federal government consider providing all ex-slaves with "40 acres and a mule" proved baseless. After the Civil War, the Texas Freedmen's Bureau held no property for redistribution to freedmen, and the agricultural system of sharecropping came to dominate. Most freed persons remained in the countryside and engaged in farm tenancy with White landowners as day laborers, sharecroppers, or share tenants.

The State's Black Codes legislation and the 1866 Homestead Act of Texas banned African Americans from accessing the 160 acres in public land available to each White settler. Freedmen and their families moved to settle in segregated "quarters" within unplatted and unincorporated lands adjacent to established White towns. As in the case of Barrett Station, Harris County, some Black settlements existed for years before residents formally purchased or preempted land. When these families managed to save enough funds to purchase property, Whites would either not sell to them or cancel informal contracts shortly before the final deed transfer. Black landowners risked becoming the targets of White supremacists who felt threatened by Black economic advancement. Freedom colonies resulted from clusters of landowning Black families in seeking security in this climate of racial terror. Freedmen's strong desires for land, autonomy, and a safe refuge from Whites motivated formation of these independent Black settlements. The relationship between land accumulation and place-making became clear when Black farm and homestead owners in Texas went from owning 2 percent of all Texas farmland in 1870 to 31 percent by 1910. However, most formerly enslaved Texans settled in the only areas available to them—bottomland in low-lying areas. Up in the sand hills, down in the creek and river bottoms, and along county lines, hundreds of Black settlements came into being throughout Reconstruction.

With their physical locations hidden and their economies based on self-sufficiency, Black formerly enslaved Texans were not only able to avoid falling prey to sharecropping, debt bondage, and White violence but further created complex and dynamic cultures that revolved around family, tradition, and education. The Black settlements that expanded across the state from East Texas were individually unified by church, school, and residents' collective sense of community. Oral tradition and interviews with descendants characterized relationships with White, Mexican American, and Indigenous neighbors as somewhat complicated or traumatic at times.

While settlements in urban centers are most well-known, hundreds are present throughout Central and East Texas. Freedmen’s Town in Houston’s Fourth Ward was a mecca for formerly enslaved Black Houstonians who built churches and schools and paved their own roads with bricks. Travis County’s Robinson Hill and Masontown were among Austin’s commercial hubs. Ministers and their congregations took the lead in founding some communities such as St. John Colony in Caldwell County. At County Line (now Upshaw) in Nacogdoches County, and at other places, groups of siblings formed the core pioneers of settlements. Some counties have between twenty and forty small kinship-based settlements, with some colonies becoming incorporated towns, including Independence Heights, Ames, and Kendleton. Halls Bluff, Simon Springs, and Fodice in Houston County and Grant's Colony in Walker County are just some of the settlements anchored by farmers and landowners.

Cemeteries, homesteads, churches, and schools made these communities recognizable until the years of the Great Depression, World War II, and the Great Migration when residents moved away due to various factors, including land dispossession and the search for economic opportunity and a respite from violence. Without full-time residents, land loss, sprawl, and gentrification destroyed these once secure, self-reliant communities that soon disappeared from public records and maps. At present, Black settlement boundaries are either distilled to urban neighborhood boundaries or are simply no longer on maps. Some patterns of community origin are discernable, while gentrification, natural disasters, resource extraction, and environmental injustice catalyzed mass exodus from family lands and population decline.

Despite declining populations in these freedmen’s settlements, former community residents make pilgrimages from major cities back to settlements to celebrate their heritage, and efforts have been made to commemorate this history. For example, Shankleville in Newton County, founded by a formerly enslaved couple named Jim and Winnie Shankle after emancipation, has historic churches, cemeteries, and a homestead on the National Register of Historic Places, and descendants organize annual festivals and homecomings which support fundraising which supports cemetery stewardship and preservation projects. The evidence of Black settlements’ existence is preserved in oral history and eyewitness testimony in the effort to save important community history which is often forgotten as elderly residents pass away. Further efforts to protect these settlements using policy under the guidelines of the National Register of Historic Places are complicated by standards for designation that do not cover the specific attributes and characteristics of freedom colonies.

Identifying the more than 550 Black settlements founded in Texas requires extensive ethnographic, archeological, archival, and participatory research. Community histories are scattered across private collections, archeological surveys, and in elderly residents’ memories while remaining historic structures decline in the absence of full-time caretakers. Since 2014 the Texas Freedom Colonies Project (TXFC Project) under the direction of Andrea Roberts has amassed the origin stories, locations, and public histories of 357 Black settlements and partnered with descendants to map more than 200 communities within its online atlas. 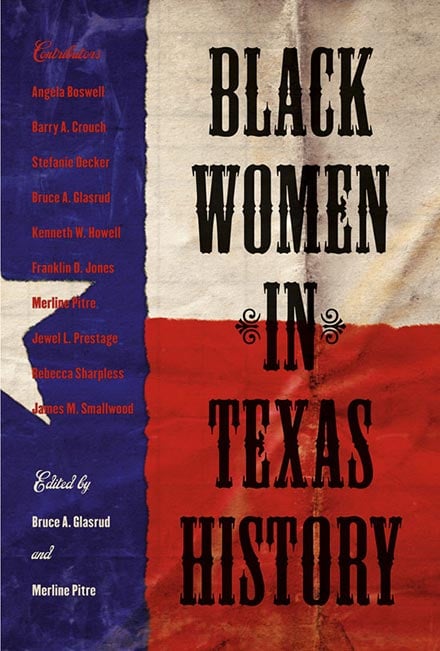