Galveston Island is a sand-barrier island on the southeast coast of Texas and the Gulf of Mexico, fifty miles southeast of Houston (at 29°18' N, 94° 47'W). The island is twenty-seven miles long and less than three miles wide at its widest point and runs parallel to the coast two miles out. Years ago it was a marsh cut by several short bayous. Between the island and neighboring Pelican Island runs the Galveston channel, which formed a natural harbor for nineteenth-century sailing vessels and small steamers. The gap between Galveston Island and Bolivar Peninsula offers the principal entrance into Galveston Bay, while San Luis Pass affords a smaller entryway at the island's western end. In 1519 the Alonso Álvarez de Pineda expedition sailed past Galveston Island en route from the Florida peninsula to the Pánuco River. Pineda may or may not have actually seen the island, however, Spain lay claim to the entire Gulf Coast, including Galveston Island, based on the 1519 Pineda expedition. In 1528 Álvar Núñez Cabeza de Vaca landed at Follet's Island, while the remainder of his expedition made landfall across the island called Malhado, variously known to Spanish navigators as Isla Blanca, San Luis Island, and Isla de Aranjuez. A Spanish navigator, José Antonio de Evia, made a survey of the island, bay, and harbor in 1785 and named the bay for Bernardo de Gálvez, viceroy of Mexico. The island was often called by the Spaniards Snake Island or Isla de Culebras, as were several others of the Texas coastal islands.

The island, originally a periodic habitat of the Karankawa Indians, was first occupied by Europeans under Louis Michel Aury in 1816. Aury abandoned the location to Jean Laffite, who occupied it until 1820. In 1825 Stephen F. Austin petitioned the Mexican government to establish Galveston as a port, but the island remained unoccupied until the establishment of a Mexican customhouse in 1830. Robert Justus Kleberg settled temporarily on the island early in 1836. During the Runaway Scrape the ad interim government under David G. Burnet fled to Galveston Island, as did many other refugees, some of whom built temporary shelters that formed the nucleus of settlement. A few emigrants from Maine located on the east end of the island and named their settlement for Saccarappa, Maine. In December 1836 Michel B. Menard organized the Galveston City Company to promote the town of Galveston. Galveston became a port of call and in 1837 was made a port of entry for the Republic of Texas with Gail Borden, Jr., as collector of customs. A steam ferry began operation to the mainland in May 1842. A bridge was completed in 1859, when the Galveston, Houston and Henderson Railroad built a wooden trestle that was used by all the other railway lines to the island until the Gulf, Colorado and Santa Fe built its own bridge in 1875. Both railway bridges and a wagon bridge were destroyed in the Galveston hurricane of 1900. An all-traffic causeway was opened in 1912. Major storms that swept the island were recorded in 1818, October 1837, October 1842, September 1854, October 1867, June 1871, September 1875, October 1886, and September 1900. By reason of its climate and location the island was subjected to yellow fever epidemics in 1839, 1844, 1847, 1853, 1854, 1858, 1859, 1864, and 1867. Galveston College, which opened as a two-year college, was established in 1966. Galveston Island State Park, a 2,000-acre preserve, includes wetlands, salt meadows, beach, dunes, and coastal prairie and offers camp and trailer sites, fishing, swimming, and nature trails. The park opened in 1970, and provides a permanent residence for birds along a migratory flyaway. Starting in 1977 a dramatic production entitled Lone Star was performed in the park each year during the summer months until 1990. The performances of Broadway-style musicals relocated to Moody Gardens in 2004, but ceased in 2014. 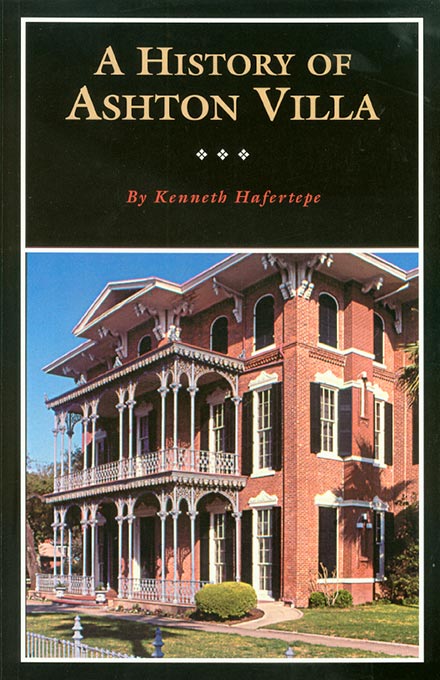 The Samuel May Williams Home