The Grass Fight, on November 26, 1835, became the last engagement in the siege of San Antonio before the final Texan assault on the town (see BEXAR, SIEGE OF). In November Col. Domingo de Ugartechea had left San Antonio with a cavalry escort to guide reinforcements to the garrison commanded by Gen. Martín Perfecto de Cos. After the departure of Stephen F. Austin to represent Texas in the United States, the Texan army elected as commander Col. Edward Burleson, who continued to harass Cos while scouting for the return of Ugartechea.

On November 26 Erastus "Deaf" Smith rode into the Texas camp in mid-morning with information that Mexican cavalry with pack animals were approaching San Antonio. Texas soldiers wondered if the column might be carrying pay for the Mexican army. Burleson ordered James Bowie and forty cavalry to delay the Mexicans' progress. A hundred Texas infantry under William H. Jack followed Bowie to seize the supply train. The two cavalry forces of about equal size began to skirmish west of town and soon fought on foot from ravines near Alazan Creek. Cos sent about fifty infantry with an artillery piece to help oppose the Texan attack. The Texas infantry broke out of a crossfire from the two Mexican units and pushed them back. Mexican troops counterattacked four times until Texas reinforcements under James Swisher caused them to pull back into the town. Texas losses included four wounded, while Mexican losses numbered three dead and fourteen wounded, mostly among the cavalry. When the Texans brought in forty captured pack animals they discovered their prizes carried only grass to feed army animals. 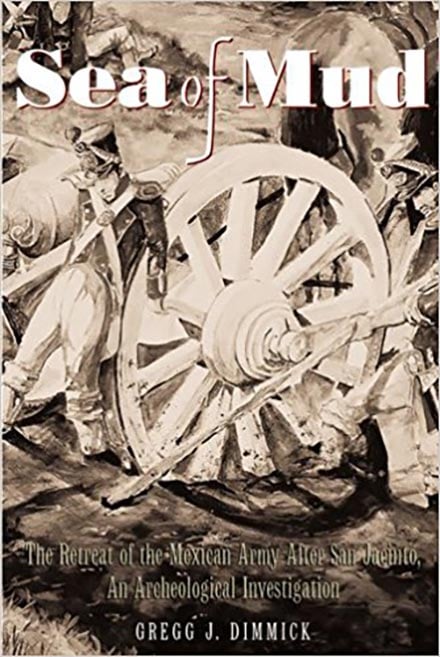