The Hogg Foundation for Mental Health began on the campus of the University of Texas at Austin in September 1940. It was founded by the children of Governor James S. Hogg to serve the people of Texas. Its initial endowment came primarily from the estate of Will C. Hogg, whose sister, Ima Hogg, and brothers, Thomas E. Hogg and Mike Hogg and their widows played a major role in establishing the foundation under the University's Board of Regents. Dr. Robert L. Sutherland served as the foundation's first director. Miss Ima Hogg's deep interest in the broad field of mental health benefited the foundation throughout her lifetime. In 1964 she established, under the University's Board of Regents, the Ima Hogg Foundation to be administered by the Hogg Foundation for Mental Health for the support of innovative mental health programs for children and their families in the Houston metropolitan area. From the initial $2.5 million provided by Will Hogg's estate, the combined endowments of the Will C. Hogg Fund and the Ima Hogg Foundation grew to about $50 million in 1992. As of August 31, 2018, the foundation’s endowments had a book value of $72,999,058 and a market value of $181,024,368. As of August 2018, the foundation has seventy-eight active grants.

In its early years the Hogg Foundation for Mental Health concentrated on educating the people of Texas about mental health. One of the main concerns of the donors was that the knowledge of human behavior and mental health available through the intellectual resources of a university campus should be disseminated throughout the country. During the 1940s the Hogg Foundation's small staff carried out the dreams of its founders by traveling to hundreds of small Texas towns and rural communities to talk to professional and civic groups about the new ideas in mental health. By 1954 the foundation's annual income had grown sufficiently to allow the development of a major research program under Wayne H. Holtzman, who had joined the foundation as associate director while continuing as a professor of psychology at the University of Texas. A Hogg Foundation program was established to award grants in support of meritorious projects throughout the state. In addition, the foundation became involved in programs for the education and training of professional mental health workers; the expansion of state and community services; the extension of mental health education by the large-scale use of pamphlets and by using other media such as books, radio, and television; and the strengthening of cooperative efforts with other foundations in the Southwest. The 1960s brought increasing concern at the Hogg Foundation for the larger problems of society. Emphasis focused on campus mental health and on intervention with special population groups ranging from disadvantaged ethnic minorities to people with serious mental illness and older persons.

Holtzman succeeded Sutherland as president of the oundation on September l, 1970, while Sutherland continued as Hogg Professor of Sociology. In the next two decades the foundation expanded its staff and major program activities. By 1992 most of its $3 million annual budget was used to provide grants to nonprofit organizations throughout Texas. Proposals were reviewed continuously by the professional staff, all of whom provided technical assistance to grant recipients and other agencies. At that time the Hogg Foundation gave special emphasis to innovative community mental health programs that included systematic evaluation in their project design. Doctoral candidates in the behavioral sciences augmented the permanent Hogg Foundation staff by serving, under the direction of senior program officers, as evaluation research fellows and research associates on community projects.

The foundation maintained two major libraries open to the public: a collection of general mental-health books and pamphlets and a regional foundation library established in cooperation with the Foundation Center of New York. This collection contains information on foundations throughout the United States, with a special emphasis upon Texas and the Southwest. In 2008, the regional foundation library moved from Hogg Foundation’s offices to the Community Engagement Center at the Division of Diversity and Community Engagement at the University of Texas at Austin.

As the nation's only major grant-making foundation operated by the regents of a public university, the Hogg Foundation's impact is felt across the country. In the early 1990s more than 9,000 individuals worldwide subscribed to its quarterly mailings. In 1991 the foundation made sixty-two grants, ranging from $500 to $75,000. About half of these were awarded to private agencies, a quarter to research scientists in various Texas universities, and the remainder to government agencies and voluntary associations. The Hogg Foundation's staff also initiate major projects dealing with mental health issues. In 1990 the foundation started the most ambitious undertaking in its history: a five-year, $2 million project called the School of the Future. This plan involved an integrated array of preventive and treatment services for children and their families, provided through public schools in four sites across the state. Working with other private and public partners, the Hogg Foundation offered research and evaluation services as well as technical leadership for the School of the Future as a way of demonstrating how community renewal, family preservation, and child development can be achieved in disadvantaged urban communities. In 1994 the Hogg Foundation moved its offices to Lake Austin Boulevard in Austin, though it retained a mailing address at the University of Texas at Austin.

In the 2000s under the leadership of its fourth executive director, Dr. King Davis, the Hogg Foundation moved to establish a competitive process for awarding grants to achieve greater results with the foundation's limited funds. Since that time, the foundation has used a strategic planning process to identify critical areas in which the foundation's grantmaking could have a significant impact. These critical areas have included integrated health care, cultural competence, workforce development, improving public policy, engaging mental health consumers and family members, and achieving health equity. In the 2010s, the strategic planning process led to major grant initiatives aimed at building a peer support workforce in Texas, integrated health care planning and implementation, and working with faith communities to promote African American mental health awareness and education. In 2012, the foundation published the first edition of A Guide to Understanding Mental Health Systems and Services in Texas, a comprehensive guide to the Texas mental health system for policymakers, families and consumers. In 2015, the foundation marked its 75th anniversary with a series of commemorative activities. This was capped off in 2016 with the publication of Circuit Riders for Mental Health: The Hogg Foundation in Twentieth Century Texas by Dr. William S. Bush, associate professor of history at Texas A&M University.

In late 2017, under the leadership of its fifth executive director, Dr. Octavio N. Martinez, Jr., the Hogg Foundation embarked on a new strategic plan that focuses on a stronger focus on the systemic, upstream causes of poor mental health and a new mission statement: “To transform how communities promote mental health in everyday life”. As of 2019, the foundation is prioritizing multisector, collaborative approaches to mental health and well-being, informing the public about social determinants of mental health, and ongoing strategic learning and evaluation. 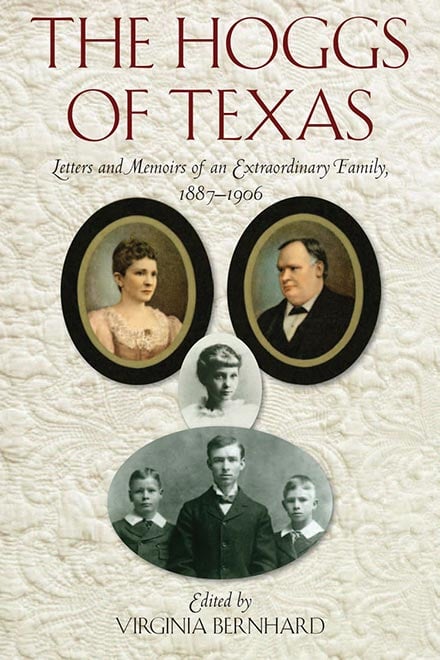 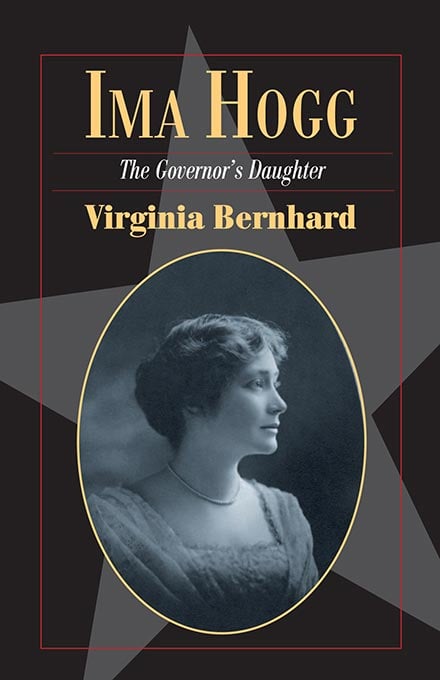