John Holland Jenkins, soldier of the Republic of Texas, Texas Ranger, Confederate soldier, and author of an important memoir, was born on September 16, 1822, in Demopolis, Marengo County, Alabama, the son of Edward and Sarah (Parrent) Jenkins. He was a man of little education but learned to write in a vigorous and cultivated style. By his recollection he and his family left Alabama in mid-October 1828 for Stephen F. Austin's third or little colony in Texas and lived for a time with the family of William Barton on Barton Creek near the site of present Rosanky before building a cedar-log cabin on their own league on the west bank of the Colorado River near the site of present Bastrop in 1830. Other sources suggest that the move occurred in 1829. In 1833 Edward Jenkins was mysteriously murdered while working in his field, and young Jenkins became the ward of Edward Burleson. Sarah Jenkins, with three young children and pregnant with a fourth, sold half of her husband's land to Abram Wiley Hill and moved into Bastrop. In 1835 she married James Northcross, a Methodist minister from Virginia. They had one son.

At age thirteen Jenkins joined Capt. Jesse Billingsley's Company C-called the "Mina Volunteers"-of Burleson's First Regiment, Texas Volunteers, of Sam Houston's army. He is thought to have been the youngest Texan to serve in the San Jacinto campaign. "As I found myself among old friends and acquaintances, with all of a growing boy's appetite for good beef, bread, and adventure, I thought there had never been such fun as serving as a Texas soldier marching against Mexico," he later wrote. At Gonzales, however, he learned of the death of his stepfather at the Alamo. On the retreat from the Guadalupe River Burleson detached young Jenkins to aid his mother and younger brothers and other families in the Bastrop area to safety in the Runaway Scrape. Thus he was not present at the battle of San Jacinto. After the Mexican army evacuated Texas, the Jenkins family returned to Bastrop, where Jenkins gained a reputation as an Indian fighter. After his mother's death in 1840 he took responsibility for his younger siblings. On October 29, 1845, Jenkins married Mary Jane Foster; they had six sons and a daughter.

With the Texas Rangers, Jenkins fought at the battle of Plum Creek and served in Capt. James Gillaspie's company during the campaign against Mexican general Rafael Vásquez in the spring of 1842, as well as against Gen. Adrián Woll in the fall of 1842. At the outbreak of the Civil War he enlisted as a private in Capt. Malcijah Benjamin Highsmith's cavalry company, the Twenty-sixth Brigade, Texas State Troops. This company was mustered into Confederate service as Company D of Col. William H. Parsons's Twelfth Texas Cavalry of Parsons's Brigade. On May 13, 1865, Jenkins was a private under Col. John Salmon (Rip) Ford at the battle of Palmito Ranch, which ended the Civil War in Texas. He later served as a captain in Maj. John B. Jones's Frontier Battalion.

In 1884, with the aid of his daughter-in-law, Emma Holmes Jenkins, Jenkins completed his memoirs for the Bastrop Advertiser. A typescript of the memoirs has been preserved in the Barker Texas History Center at the University of Texas at Austin. It was edited by his great-great grandson, John H. Jenkins III, and published in 1958 by the University of Texas Press under the title Recollections of Early Texas. In addition to his own memoirs, between 1884 and 1889 Jenkins collected and published in the Advertiser those of Cicero R. (Rufe) Perry, John Day Morgan, Samuel Highsmith, and other early Texans. Jenkins died in a gunfight in Bastrop on November 30, 1890, in an attempt to save his son, the sheriff, from an ambush. 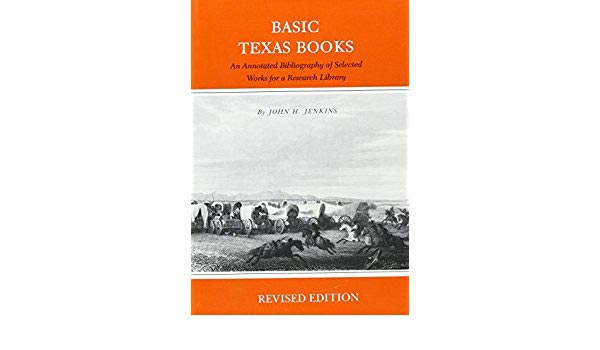