The Lambshead Ranch, a 50,000-acre tract thirteen miles north of Albany on U.S. Highway 283, is known for quality Hereford yearlings, preservation of native wildlife, restoration of the historic Matthews-Reynolds family ranch homes, and support of the Fort Griffin Fandangle, a regional folk drama. Between the late 1870s and 1909, John Alexander Matthews began putting together the lands that ultimately became the Lambshead Ranch. In 1880 he took a considerable financial risk when he purchased on credit the cattle and horses of his brother-in-law, Mart B. Hoover, for $50,000. Matthews invited his wife's brothers, George T. and William D. Reynolds, to form a partnership that could be dissolved after five years, depending on the wishes of the partners. Although there were no major troubles, there were occasional disagreements, so at the end of the contract period Matthews withdrew from it. During the five years of the partnership's existence, more land had been acquired, and that was taken into account when division took place in 1885. At that time Matthews received a southern tract that lacked "springs of water." Later he purchased a pasture owned by a company of sheepmen. The pasture was named the Culver after one of the owners, a family doctor. Matthews leased in 1886, and later purchased, Indian agent Jesse Stem's widest valley on the Clear Fork of the Brazos River and named all these collective tracts Lambshead Ranch for an early settler, Thomas Lambshead, who had emigrated from Devon, England.

In 1894 Matthews won the election for county judge. In 1897 he established a camp on the headwaters of Lambshead Creek. With the purchase of Lambshead Valley in 1906, a camp ranch headquarters was established. From 1915 to 1917 Matthews led an area crusade in tick eradication by dipping (see TEXAS FEVER). He also promoted grubbing prickly pear (see CACTI) and burning mesquite, practices that are continued today. By the time of his death in 1941, the J. A. Matthews Ranch Company owned 40,000 acres.

The ownership of Lambshead Ranch passed from the parents to seven grown children, four of whom subsequently operated the home ranch of 40,000 acres as a unit. Ranch manager Watt (Watkins Reynolds) Matthews continued a purebred Hereford cow-calf operation; however, longhorn cattle were returned to the ranch from Fort Griffin State Historical Park (now Fort Griffin State Historic Site) in 1972. With the reintroduction of longhorn bulls to his herd of Hereford yearlings, Matthews hoped to promote easy first calving. Shipments of Lambshead yearlings went to Portugal in 1967, and in 1972 two shipments, one by air, went to Hungary. Other breeds of cattle introduced on Lambshead Ranch include registered shorthorn and Hereford bulls and C K bulls from Kansas. Brands used by the Matthews-Reynolds families include the JOA, Spanish Gourd, MO, AV, and Long X.

A variety of grasses is available on the Lambshead Ranch. The primary trees are the gum plastic (chittam), sugar hackberry, and pecan. Pecans provide winter foods for wild turkeys, the larger ducks, raccoons, fox squirrels, feral hogs, and a host of smaller mammals and birds that profit from the wasteful habits of hogs. White-tailed deer also inhabit the Lambshead. 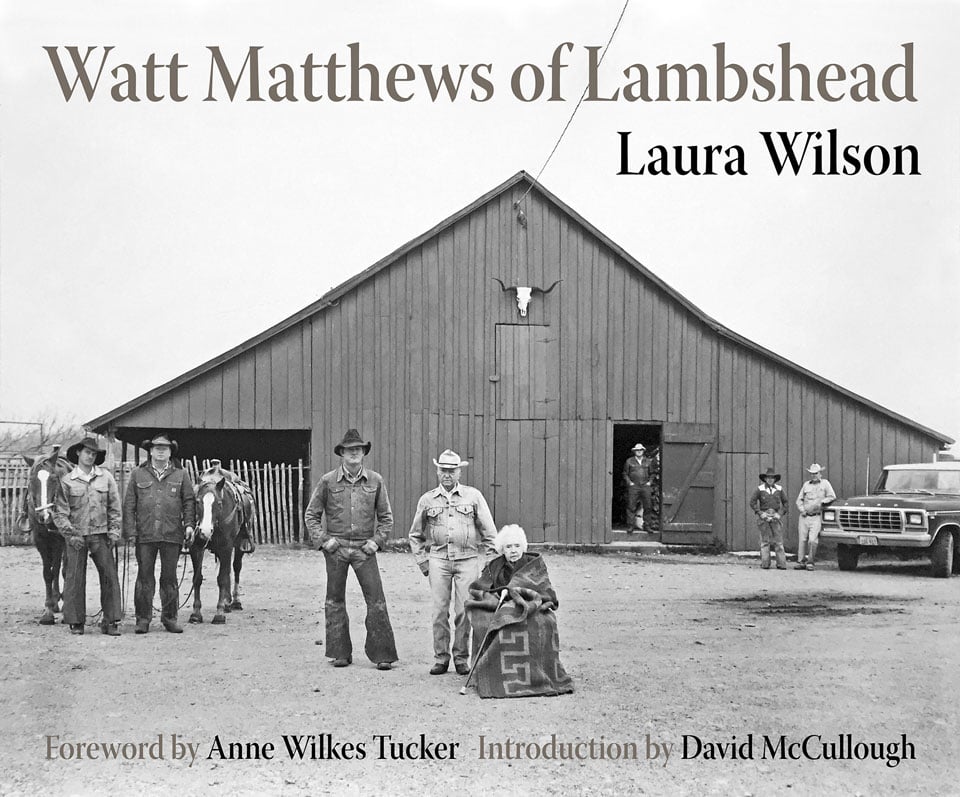