William Parsons Miller, commander of the Nashville Battalion, which was spared at the Goliad Massacre, was born in Combs, County Down, Ireland, about 1802. He settled in Randolph, Tennessee, and came to Texas upon the outbreak of the Texas Revolution, bringing with him recommendations from the governor and other prominent citizens for an appointment in the Texas regular army. Since his recommendations "were the most favourable which had been presented by any Foreighner," according to Richard R. Royall of the General Council, that body commissioned Miller on December 20, 1835, as major of Texas Cavalry, the ranking officer below Lt. Col. William B. Travis.

Miller returned to Tennessee to recruit volunteers for the Texas cause. Threatened with prosecution for violating United States neutrality laws, he left Tennessee with his Nashville Battalion of seventy-five men and traveled to New Orleans, where the men set sail about March 2 or 5, 1836, aboard the schooner William and Frances for Copano, Texas. The battalion landed about March 20 and was captured by José de Urrea's Mexican force, then occupying Copano. A variety of conflicting accounts detail their capture, which was apparently without resistance. Francita Alavez, soon to be esteemed as the "Angel of Goliad," interceded with her husband, who commanded the force that captured the Nashville Battalion, to loosen the cords that bound the men and to give them refreshment. On March 23 Miller and his men were marched to Goliad and imprisoned with James W. Fannin, Jr.'s command, although kept apart from them. The Nashville Batallion was spared from the Goliad Massacre because it had surrendered without resistance or, as some have reported, had been taken without arms in hand. The men were taken to Matamoros as prisoners until freed by the terms of the Treaties of Velasco. Upon his return to Texas Miller was promoted through the influence of Richard Royall and Bailey Hardeman to colonel in command of the Second Regular Infantry regiment. He was authorized by President David G. Burnet to recruit volunteers in the United States and was issued land scrip by Toby and Brother Company to sell in Indiana and Illinois. He filed accounts for more than $4,000 in the Texas auditor's office in the spring of 1837.

Miller settled in Victoria in 1838. In January 1839 Richard G. Dunlap wrote to President Mirabeau B. Lamar endorsing Miller for the post of chief justice of Victoria County; the colonel was probate judge of Victoria in July 1839. In August he wrote a letter to the Telegraph and Texas Register deploring an accusation that he took advantage of a law that prohibited driving cattle west of the Guadalupe River in order to buy them cheaply. He was involved in a lawsuit against the heirs of Alexander Dunlap in February 1841. Miller was married to Elizabeth Grace of North Carolina. He died on February 16, 1862. John F. Kemper, founder of Kemper's Bluff (later Kemper City) in Victoria County, married the Millers' daughter Eliza in Tennessee and came to Texas with Miller's Nashville Battalion as second in command. At Kemper's Bluff in 1845 Kemper apparently became the last White man killed by Karankawas before settlers drove the Indians out of South Texas. Elizabeth Grace Miller, who was visiting her daughter at the time, fought off the attackers until nightfall, when she escaped with her daughter and two grandchildren to nearby settlements. Angry settlers subsequently hunted down and killed the Indians. 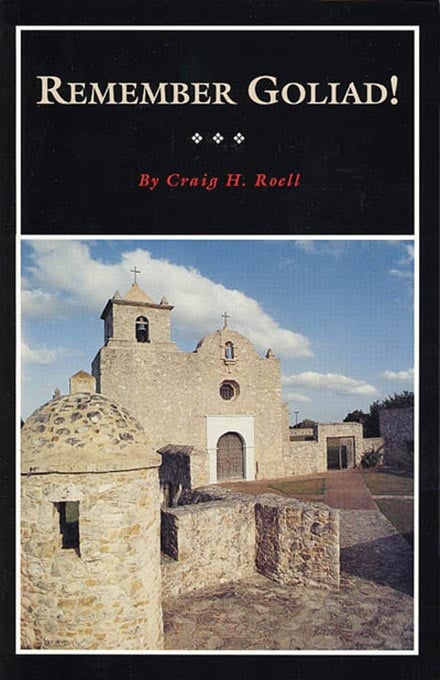