The Museum of the Big Bend is located on the campus of Sul Ross State University. Sul Ross, named after Lawrence Sullivan Ross, Texas Ranger, Civil War hero, and former governor, began operations in 1920, and the museum was founded in 1925. On December 7, 1925, the Trans-Pecos Museum and Historical Society was organized in Alpine to research the history, folklore and sciences of the region. In January 1926 the name was changed to the West Texas Historical and Scientific Society, and the organization was chartered by the Texas Legislature in April of that year. The mission of the museum, then as now, is to collect, preserve, exhibit, and interpret the cultural, historic and natural materials of the Big Bend of Texas and northern Mexico, with an awareness of the region's rich cultural diversity.

In 1936 the Texas Centennial Commission, in cooperation with the Works Progress Administration (see WORK PROJECTS ADMINISTRATION), provided funds for a museum facility on the Sul Ross campus. Victor J. Smith, professor of industrial arts, designed the Big Bend Memorial Museum building. Smith, a self-trained architect and amateur archeologist, also supervised the construction. Former Governor Pat Morris Neff dedicated the native rock structure on May 1, 1937. Built for $75,000, this building would serve as the museum until 1966. By that time the West Texas Historical and Scientific Society was inactive, and the museum was closed. The ownership of the collections and exhibits passed to Sul Ross State University, and they were moved to the former bowling alley. In 1969 the institution reopened as the Museum of the Big Bend. The original rock structure was utilized as the university student center. In September 1975 Kenneth D. Perry was employed as museum director, and professional staffing began. The collections were completely reorganized, rehoused, stabilized, and evaluated according to museum standards.

In 1996 the museum was once again relocated to the first floor of Lawrence Hall, an academic building. In 2000 the university dedicated a new university and conference center, and the original museum building was abandoned. Upon the retirement of Mr. Perry, Larry Francell was employed as director and given the task of developing funding to renovate and move back into the original structure. In 2002 the director and staff began a $3.3 million capital campaign to renovate this structure and move the museum once again. Jim Rhotenberry, AIA, a principal in Rhotenberry-Wellen Architects of Midland served as the architect and construction was completed in spring 2007. In 2003, after completion of the capital campaign, a $1 million exhibits campaign commenced. Exhibit design and fabrication services were provided by Museumscapes of Dallas, and the new Museum of the Big Bend was dedicated on August 15, 2007, with 5000 square feet of exhibits interpreting the life, cultures and history of the Big Bend of Texas and northern Mexico. Also included are a gift shop, temporary exhibits space and reference library. Housed in a special room is the Yana and Marty Davis Map Collection. With over 1000 maps this collection concentrates on Texas, northern Mexico and the Southwest. A book on the collection, Going to Texas: Five Centuries of Texas Maps, was published by Texas Christian University Press in 2007. Each summer a thematic exhibit from the Davis Collection is on display in the temporary gallery, and in March through April each year the museum hosts the Trappings of Texas, a cowboy art and gear sale and exhibit. Held in conjunction with the Texas Cowboy Poetry Gathering, this show opens annually around the end of February.

The museum staff consists of Larry Francell, director, Elizabeth Jackson, assistant director, Mary Bones, collection manager, Matt Walter, curator of history and the Davis map collection and Louisa Mayfield, museum education. The museum is open Tuesday through Saturday from nine to five and Sunday from one to five. There is no fee. In May 2008 Mr. Francell and the Museum of the Big Bend were awarded the John L. Nau, III Award of Excellence in Museums. 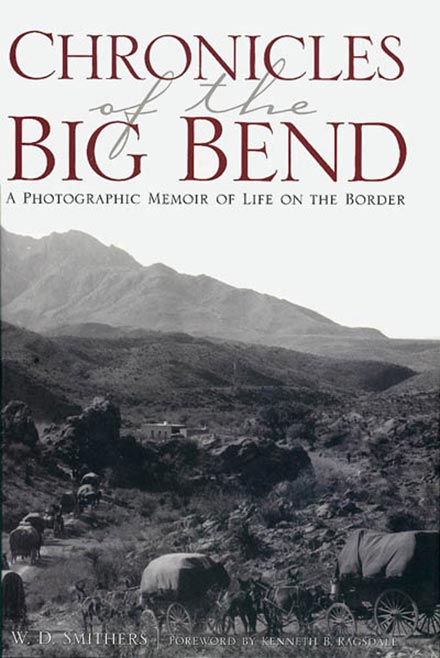 W. D. Smithers
Save to MyTSHA Load a Random Entry Report an Error Request a Revision