Robert Jenkins Onderdonk, artist and art teacher, was born on January 16, 1852, at St. Timothy's Hall, Catonsville, Maryland, the son of Henry and Harriet (Stevenson) Onderdonk. He studied in New York at the National Academy of Design and the Art Students' League in the early 1870s. His professors were Lemuel Everett Wilmarth, Walter Shirlaw, William Merritt Chase, and James Carrol Beckwith. George Inness, Jr., John Henry Twachtman, and Frederick Stuart Church were among his fellow students. The poetic realism popular at that time characterized Onderdonk's mature style. He painted still-life, landscape, and genre works with a dark but airy tonality reminiscent of his more famous fellow students. His portraits varied in quality from stark photographic realism to hazy idealized images. He came to Texas in 1879, reportedly to paint portraits of prominent citizens so he could save enough money in a year's time to study art in Europe. But wealthy San Antonio citizens preferred well-known European artists, so Onderdonk began teaching art classes. He married his neighbor Emily Gould on April 27, 1881. She was an amateur artist and may have attended his classes. They had three children.

In 1889 Onderdonk moved to Dallas to paint family portraits for the Hulbert Portrait Company. He also opened an art school at 721 Elm Street, where he taught drawing and painting from still life, casts, and live models. He also painted on commission. His family joined him in Dallas in 1890. On February 15, 1893, he signed a contract with the Art Students' League of Dallas, the first community art organization in the city. The league had thirty students enrolled for its first classes, held at the North Texas National Bank Building. In the fall Onderdonk's pupils displayed their pastel, watercolor, and oil paintings at the State Fair of Texas. They exhibited annually at each State Fair. In 1893 Onderdonk himself won a premium award for an oil painting, a prize for a watercolor painting, and two gold medals from the State Fair of Texas. If he had remained in Dallas for a number of years he might have had a greater influence on the development of art in the growing city. However, with the illness of her father, Nathan H. Gould, Emily and the children returned to San Antonio in February 1894. Onderdonk finished his contract with the Art Students' League of Dallas in July of 1895 and returned to San Antonio.

In 1898–99 he worked as a commercial china painter in St. Louis. He returned to Texas in 1899 to serve as a judge in the art department of the State Fair. By 1900 he was back in San Antonio with his family, teaching and painting. Despite at least one major commission, The Fall of the Alamo (1901), his major impact on the community remained that of a teacher and popularizer of art. He participated in the founding of several art-related organizations, including the Fifty-two Club in 1908 and the Brass Mug Club and the San Antonio Art League in 1912. His works are in the collections of the Witte Museum, the Stark Museum of Art, the Dallas Museum of Art, and the Texas State Library. Two of his children, Julian and Eleanor Onderdonk, also became well known in Texas art. Onderdonk died on July 2, 1917, in San Antonio. 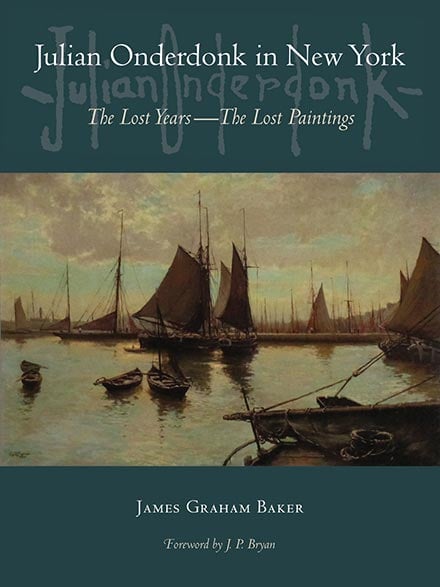