Orange, also known as the "Gateway City," is the county seat of Orange County. It is located on U.S. Highway 90, Adams Bayou, and the Southern Pacific and Missouri Pacific railroads and stands at the junction of the Sabine River and the Gulf Intracoastal Waterway in eastern Orange County near the Louisiana border. The community was originally called Green's Bluff for Resin (or Reason) Green, a Sabine River boatman who arrived there sometime before 1830. The town was renamed Madison in 1840 in honor of President James Madison. It obtained a post office in 1850 and became the county seat upon the 1852 organization of Orange County. To avoid confusion with a community called Madisonville, the town was renamed again when it incorporated in 1858, taking the name Orange from an orange grove owned by George Patillo. Because of its relative isolation on the Louisiana border, the community became a stopping place for outlaws and renegades interested in crossing the Sabine River into Texas. Steam sawmills were established in the 1840s, and cotton shipments made Orange part of the steamboat era from the 1840s until the 1890s, when cotton crops dwindled and railroads replaced water transport. The Texas and New Orleans Railroad reached the community in 1860, but the track was destroyed during the Civil War and was not rebuilt until 1876. Three companies of Confederate troops were raised at Orange, and nearby Niblett's Bluff served as an important military supply point for the region. During Reconstruction, the Thirty-seventh Illinois Volunteers and a succession of other troops occupied the town, but civil officials resumed their jobs in 1867, and the city resumed its charter and reincorporated in 1881. The lumber industry was responsible for Orange's late Victorian "Golden Age," when seventeen steam sawmills made the community the center of the Texas lumbering district. Successful businessmen built elaborate mansions, and a rich social life flourished around the town's opera house and hotel. One of the principal firms, the Lutcher-Moore Lumber Company (organized by Henry Jacob Lutcher and G. Bedell Moore), operated from 1877 until the 1930s, using Niblett's Bluff as a log yard and railroad terminal for its Orange mill. By 1902, however, most of the area's smaller lumbermills had been consolidated into six major companies.

In 1885 Orange had a population of 3,800, served by five churches, the Tribune newspaper, and five schools with a total of eight teachers and 400 students. By 1890 the town included six schools (with twelve teachers and 600 students), two banks, four hotels, a board of trade, a lumber exchange, two cotton gins and gristmills, a waterworks, a fire department, and an electric company. By 1896 a rice mill, an ice factory, and the weekly Tribune and Leader were in operation, and the town shipped rice in addition to other products. The Kansas City Southern line reached the community in 1897, and the Orange and Northwestern Railroad (later part of the Missouri Pacific) was chartered in 1901. The community remained a focal point for racial and other conflicts, however, witnessing, for example, activity by the Ku Klux Klan. By 1914, when its population numbered 7,000, Orange had three banks, a paper mill, a bag manufacturer, a box factory, a shipyard, an oil refinery, and an ironworks; at that time it also had three schools for White students, with 1,500 pupils, and one school for Black students, with 300 pupils. The town shipped cotton, livestock, rice, paper, and paper boxes, but shipping, shipbuilding, and the manufacture of shingles and lumber remained its chief industries. Oil discoveries after 1913 at the Orange field six miles to the west produced little lasting benefit for the community, and the oil wells had largely dried up by 1930. Orange served as a major shipbuilding center during World War I, but its population fell off after the war, as shipbuilding and lumbering decreased and the Great Depression forced many to seek work elsewhere. Completion of a channel in 1916 made Orange a deepwater port; at the same time the community became a center for speakeasies, gambling, and bootlegging. East Orange grew famous for its Silver Slipper and Show Boat nightclubs in the 1920s, establishing an atmosphere of crime and violence that lasted for several decades.

Local ferries, which had operated during much of the town's history, were replaced in 1938 by the Rainbow Bridge on Highway 87 across the Neches River between Orange and Port Arthur; at the time of its construction, it was the highest bridge in the South. The population level of Orange grew again during World War II, when shipbuilding increased the population of the greater metropolitan area to roughly 60,000, prompting the construction of government housing and other residential developments. Three shipyards were still in operation in 1949, and the United States Navy maintained a "mothball" fleet of more than 140 ships berthed in the Sabine River. Petrochemical industries developed in the postwar period, and U.S. Steel built facilities in the area. The population of Orange numbered 21,100 in 1950. Later, Orange, along with Beaumont and Port Arthur, came to be considered part of an industrial Golden Triangle; it became a major manufacturing center as well as a seaport. Lamar University at Orange was established in 1971, and the Stark Museum of Art in 1978. The population level remained relatively stable after the war, varying from a low of 21,100 in 1952 to a high of 28,960 in 1976. The number of businesses reported in Orange ranged from a low of 368 in 1972 to a high of 655 in 1984. Orange is credited with pioneering the first Black Boy Scout troop in Texas and in 1970 elected its first Black city council member. The city was 90 percent White in 1980. As the state's oil-based economy declined in the 1980s, the city's shipyards and oil industry complex experienced major strikes and layoffs. In 1990 the population of Orange numbered 19,381. At that time a total of 431 businesses were reported, including two newspapers, the Orange Leader and the Opportunity Valley News. The town's W. H. Stark House, Lutcher Memorial Church Building, and Sims House were listed in the National Register of Historic Places. By 2000 the population had dropped to 18,643 with 1,351 businesses. 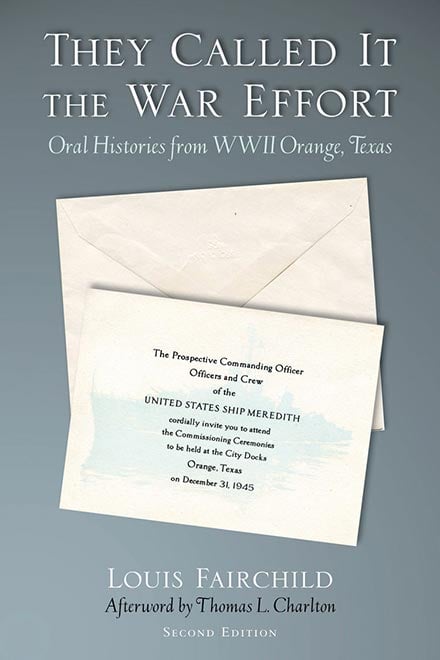