The USS San Jacinto (CVL-30) was an Independence-class light aircraft carrier laid down on October 26, 1942, at Camden, New Jersey, by the New York Shipbuilding Corporation. Originally it was classified a light cruiser but on June 2, 1942, was re-classified as an aircraft carrier. By January 3, 1943, it was again re-classified as a light aircraft carrier. It was named after the battle of San Jacinto, which gained Texas its independence from Mexico in 1836. The citizens of Houston raised more than $85 million for its construction and for the construction of another vessel (a replacement for the recently-sunk USS Houston [CA-30]). San Jacinto was christened by Texas philanthropist Mary Gibbs Jones (wife of Jesse Holman Jones, then U.S. Secretary of Commerce) and commissioned on November 15, 1943. The carrier’s length was approximately 622 feet, with a beam of 109 feet. It displaced 11,000 tons, was capable of 31 knots, carried between 30 to 45 combat aircraft, and had a crew capacity of approximately 1,560. Her first commander was Capt. Harold M. Martin, a graduate of the U.S. Naval Academy and an aviator.

On January 14, 1944, San Jacinto departed for Norfolk, Virginia, where it embarked Air Group 51 (AG51). On February 7, it steamed to Trinidad for its shakedown cruise and on April 2–3, transited the Panama Canal on its way to Pearl Harbor. On May 9, the carrier rendezvoused with Task Force 58 (TF58) at Majuro Atoll in the Marshall Islands. Its first action involved combat air and anti-submarine patrols in support of air strikes against Marcus Island and Wake Island.

In June 1944 TF58 launched Operation Forager, the invasion of the Marianas and Palau Islands. AG51 conducted fighter combat air patrols and airstrikes on Saipan. On June 17, TF58 steamed west to engage a Japanese fleet that included nine aircraft carriers. Two days later, a large group of Japanese aircraft was reported approaching. All air groups in TF58 were ordered to intercept; the battle of the Philippine Sea was underway. The Japanese lost more than 300 aircraft in what became known as the Great Marianas Turkey Shoot. AG51 was credited with destroying six to eight enemy aircraft: San Jacinto’s anti-aircraft guns accounted for one bomber. Late that afternoon, TF58 detected the Japanese fleet 270 miles to the west and dispatched 216 aircraft to attack. San Jacinto committed two pilots: Lt. Cmdr. Donald J. Melvin and Ens. Jack O. Guy. Melvin scored three hits on a destroyer, while Guy got a single hit on an aircraft carrier. Each received the Navy Cross for their actions.

On August 4–5, San Jacinto participated in Operation Scavenger, the aerial bombing of Iwo Jima and the Bonin Islands in preparation for their invasion. TF58 soon retired to Eniwetok (or Enewetak) Atoll in the Marshall Islands to replenish. While there, tactical command of the task force was transferred to Commander Third Fleet, making it Task Force 38 (TF38). TF38 returned to the Volcano and Bonin Islands and on September 1–2, 1944, conducted airstrikes against Iwo Jima, Chichi Jima, and Haha Jima. On September 2, pilot George H. W. Bush, by this time a lieutenant junior grade, was shot down while on a bombing mission over Chichi Jima. Though Bush survived, his two crewmen, John Delaney and William “Ted” White, perished. Bush was rescued by an American submarine and received the Distinguished Flying Cross for the action.

After replenishment at Saipan, TF38 participated in Operation Stalemate II, the invasion of Peleliu. In mid-October TF38 attacked airfields and shipping on Okinawa, Formosa, Luzon, and Manila Bay and on October 20 supported amphibious landing at Leyte Gulf in the Philippines as a precursor to its liberation. On October 23, three groups of Japanese ships were reported approaching from the west with the intent of destroying the American fleet at Leyte Gulf; the battle of Leyte Gulf had begun. San Jacinto’s task group (TG38.4) flew combat air patrol while the larger carriers attacked the central force approaching Surigao Strait. On October 24, San Jacinto’s task group was ordered north to engage what was a Japanese decoy force of sixteen to nineteen ships. At dawn the next day all air groups attacked: AG51 damaged two Japanese carriers and two cruisers.

San Jacinto returned to the Philippines, and on October 30 Japanese aircraft attacked the task force. Two kamikazes dove on San Jacinto but were shot down. USS Franklin (CV-13) and USS Belleau Wood (CVL-24) were struck by kamikazes. Other carriers accepted their airborne aircraft; San Jacinto received six from Belleau Wood and four from Franklin. San Jacinto arrived at Apra, Guam, in the Marianas on November 30 and replaced Air Group 51 with Air Group 45. On December 14, San Jacinto supported amphibious landings on Mindoro in the Philippines by attacking aircraft and shipping. Four days later a typhoon struck with 69-knot winds damaging San Jacinto’s communications, evaporators, boilers, and eight aircraft. The ship retired to Ulithi for repairs.

In winter 1945 the USS San Jacinto took part in raids in the South China Sea. TF38 retired to Ulithi in the Caroline Islands, where it transferred tactical command of the task force to Commander Fifth Fleet, making it Task Force 58 (TF58). On February 19, San Jacinto supported the amphibious landings at Iwo Jima and later participated in airstrikes against Okinawa as a prelude to its invasion, codename Operation Iceberg. On March 18, 1945, Air Group 45 commander, Cmdr. Gordon E. Scheter was killed in action over Okinawa. On March 21, a Japanese bomber dove at San Jacinto but was destroyed by the ship’s anti-aircraft guns.

On April 5, while providing air support over Okinawa, 500 Japanese aircraft, many kamikaze, attacked. Three dove on San Jacinto but were shot down. On April 8, 1945, San Jacinto received a new air group commander, Lt. Cmdr. J. D. Stevens, replacing Commander Scheter. On May 2, Air Group 45 was replaced with Air Group 49, and on May 27, tactical command of the task force was transferred to Commander Third Fleet (TF38).

San Jacinto encountered another typhoon on June 5, 1945; the storm damaged two gun mounts, two aircraft, and caused several cracks (discovered in the bow). After attacking airfields on Kanoya, Japan, and Okino Daito Island, San Jacinto steamed for San Pedro Bay in the Philippines and arrived on June 14. In July San Jacinto attacked airfields and shipping on the islands of Honshu and Hokkaido and then rendezvoused with the British Pacific Fleet (TF37) on July 16.

In August strikes continued off the Japanese coast. With impending Japanese surrender, on August 12, the task force was instructed to organize 10 percent of its crew into a landing force. San Jacinto provided ninety-six naval personnel and forty-one Marines. On August 14, the task force commander announced an end of hostilities and the suspension of all air operations. Sporadic Japanese attacks still occurred. On August 21, San Jacinto exchanged air groups with the USS Battan and received AG47. From August 25–29, AG47 participated in airdrops of food and supplies to prisoner-of-war camps in Japan. On August 31, San Jacinto was detached from TF38 and proceeded south to embark passengers bound for the United States. It arrived at Naval Air Station, Alameda, California, on September 14 and discharged its aircraft and ammunition and began its overhaul.

The ship was decommissioned on March 1, 1947, and transferred to the Pacific Reserve Fleet at San Diego, California. On May 15, 1959, it was reclassified as an auxiliary aircraft transport (AVT-5). San Jacinto was struck from the U. S. Navy list on June 1, 1970, and sold for scrap on December 15, 1971, to National Metal and Steel Company at Terminal Island, California. During her wartime service, San Jacinto earned five stars and was awarded the Presidential Unit citation. 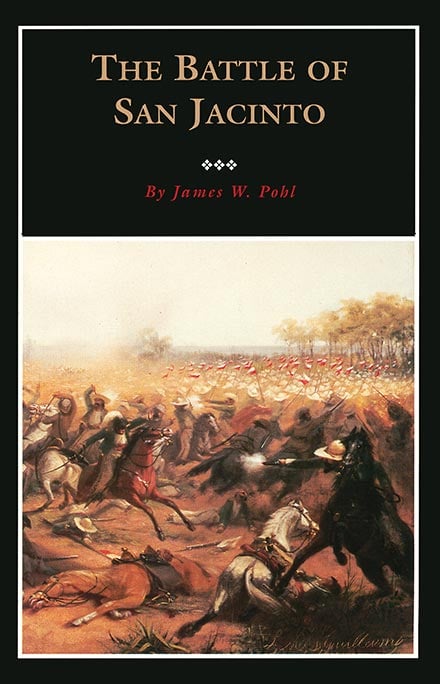