The urban experience of African Americans in Texas began during slavery. At first nothing really pulled them to the young towns; except for a few runaways, they came under force of compulsion. The skilled among them literally helped construct their communities, but owners also worked slaves in gardens or even in fields near cities. Most slaves labored in domestic roles. Some masters profited by hiring out their slaves. By 1850 slaves comprised an average of nearly 20 percent of the population of Austin, Galveston, and Houston. Even older, Hispanic San Antonio had a few (168) Black enslaved people among its 3,436 people.

However little choice slaves had in their destination, many developed a preference for city life. As his rural hirer discovered, one former Galveston slave "has Sworned not to work on any plantation and says he will not live out of a city or town." White observers explained this town bias by reference to the ease of labor under indulgent owners, but Blacks appear to have been attracted more by the greater liberties available in the cities and the inability of their masters to control their recreation there. Though relatively small, the towns provided a variety of relationships, including associations with nonslaveholders of native, foreign, or Hispanic origins. But enslaved people usually sought the company of other Blacks. When they gathered on the streets, their open displays of freedom stirred the ire of Whites, so slaves often fled from the public eye. They assembled at night in their own houses, at whiskey-dispensing "groceries," or in secret suburban rendezvous. Here they found opportunities for drinking, smoking, gambling, and companionship. Urban authorities outlawed these social freedoms but found them virtually irrepressible. Dancing provided another favorite diversion; city officials often permitted "balls" which had White supervision. When authorities withheld approval, they only suppressed the frolics into secrecy.

Urban slaves normally resided in the houses of their owners or in adjacent structures, but many sought separate accommodations. These dwellings offered no real improvement in quality. A committee of the Galveston city council once described slave-rented quarters as "wretched hovels or huts." Slaves struggled for the privilege of "living out" because of the liberties that came from it. Whites in turn considered Blacks as "quasi-free" when they hired their own time and occupied disorderly "pest houses" apart from their masters. Institutionally, the town slaves expressed their quest for autonomy by establishing separate Black churches. Even when the slaves were too few or too poor to develop distinct religious organizations, they held meetings directed by their own preachers. Though the White community often tolerated these gatherings, Black-led "prayer meetings" also evoked fear. Repression, as executed by vigilantes in the Texas capital in 1854, appears only to have driven autonomous slave religion underground. In Galveston separate Black churches flourished openly; both Baptists and Methodists succeeded well enough to erect buildings seating 350 persons. In other ways-including a penchant for displaying luxurious clothing on days of leisure and a chronic disregard for "polite" racial etiquette-Texas urban slaves demonstrated degrees of self-esteem which Whites regarded as unservile. Owners who hired out their slaves in towns sometimes found them becoming difficult to manage; one newspaper traced runaways and other forms of resistance "to the unusual liberties which slaves in Texas seem to exercise in our towns, when out of the control of their masters."

The town governments provided for public regulation of the special features of urban bondage. Though they underwent frequent changes on the matter of both coverage and enforcement procedures, basically the municipal slave codes prohibited the Blacks' favorite recreations, restricted interracial social contact, and limited owners' prerogatives in allowing slaves to find their own work and housing. No matter how comprehensive, city ordinances failed to suppress the slaves to the satisfaction of the many critics of local government.

Similar disciplinary breakdowns throughout the South have led to the conclusion that urban slavery was disintegrating before the Civil War. However, various statistical measurements suggest the viability of the institution in Texas cities. Slaves formed an important part of the towns' population, comprising 16 percent of the total in 1860, a slight proportional increase over ten years earlier. The incidence of ownership remained constant at 20 percent in both census years. San Antonio, with the least favorable environment for attracting slaveowners, experienced increases in both these indicators of the strength of slavery. Market factors rather than institutional decline explain other demographic patterns. Large numbers of foreign-born inhabitants of Galveston and San Antonio (44 percent and 48 percent respectively) and of Hispanics in the latter city (30 percent) reduced demand for slaves (to 16 percent and 7 percent respectively of the total population). Conversely, Austin, with the smallest (17 percent) contingent of foreign-born, had the highest ratio of slaves (28 percent). Numerically females dominated, making up 56 percent in 1850 and 54 percent in 1860 of the combined slave populations of the four largest towns in Texas. This sexual imbalance was especially pronounced in San Antonio and Galveston, both of which had alternative sources of skilled and outdoor male labor. Age characteristics-73 percent of the Texas urban slaves were in the labor force (10 to 54 years old) in 1850 and 69 percent in 1860, compared to 64 percent in the South as a whole-suggest that urban masters retained older, presumably more skilled but less strong slaves, while selling youngsters to speculative rural owners.

None of this evidence points to anything like a collapse of slavery in Texas cities. To some degree vitality of the institution may be ascribed to the militance of slaveowners who, though they never resolved the problem of social control, also never gave up the struggle. Slaveowners combated one alleged source of disciplinary difficulty, the free Blacks, by harassing them virtually out of existence in all Texas towns. Austin vigilantes in the mid-1850s drove the entire Mexican population out of the community on charges of "tampering" with slaves. Such actions served at least to remind the slaves that urban areas provided greater freedoms but not freedom. Still, the growth of Black populations in urban Texas after the Civil War suggests that to the enslaved the city had come to represent opportunity for a freer life. 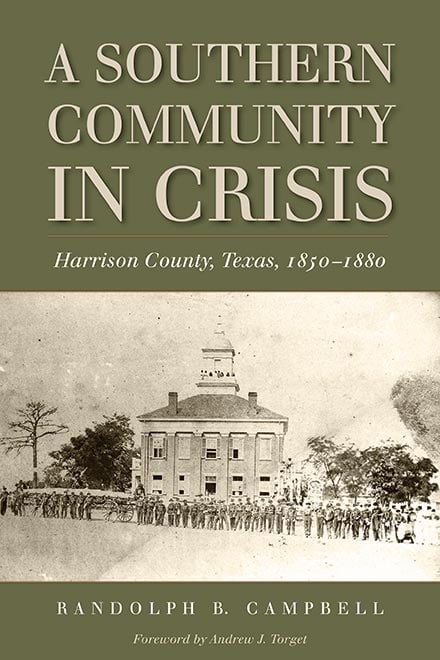