In 1941 the Forty-seventh Texas Legislature approved the establishment of the Texas State Cancer Hospital and Division of Cancer Research and allocated $500,000 to help build it. During the following year the University of Texas Board of Regents accepted an offer from the M. D. Anderson Foundation to provide temporary facilities, furnish a permanent site, and match the state's $500,000 appropriation if the new institution would be built in Houston. The UT regents also voted to name the hospital for Monroe Dunaway Anderson, a prominent Houston cotton broker and philanthropist. Also in 1942 Houston physician Ernst W. Bertner was appointed acting director of the hospital. Shortly before Christmas of that year he welcomed the first five staff members, four of them scientists borrowed from the UT Medical Branch at Galveston to conduct research projects in biochemistry and biology. They all worked in remodeled quarters on the family estate known as the Oaks, originally owned by Capt. James A. Baker, who had bequeathed it to Rice Institute. The M. D. Anderson Foundation had purchased the six-acre site near downtown Houston for the new cancer hospital to use as temporary headquarters to start research projects and see patients. The first patient was registered on March 1, 1944. Two and one-half years later Dr. R. Lee Clark, a native Texan and son and grandson of well-known Texas educators, assumed duties as the first full-time director and surgeon in chief of the M. D. Anderson Hospital for Cancer Research of the University of Texas. Clark guided the growth of the institution for thirty-two years. In 1948 the M. D. Anderson Foundation donated twenty-two acres of wooded land in the newly named Texas Medical Center to build a permanent hospital. Construction of the original 310-bed facility began on December 20, 1950. The Georgia Etowa pink marble used for the exterior walls required that Houston's building code be changed-and led to a national magazine article describing the hospital as a "Pink Palace of Healing." Extraordinary planning was necessary to safely house an array of radiation therapy machines, including the world's first clinical cobalt-60 unit that had been designed by M. D. Anderson's Dr. Gilbert H. Fletcher, a radiotherapist, and Dr. Leonard G. Grimmett, a physicist, and approved by the United States Atomic Energy Commission. The first patients were treated with the cobalt-60 unit in the underground radiotherapy clinic on February 22, 1954. Three weeks later a caravan of ambulances transferred forty-six patients from the old Baker estate to the new hospital, which was formally dedicated on October 23, 1954. The UT regents changed the institution's name to the University of Texas M. D. Anderson Hospital and Tumor Institute on May 13, 1955.

Even before the new facility opened, a then-novel concept of interdisciplinary teamwork was implemented in both patient care and research programs, which were combined with teaching activities. The first resident physician was appointed in mid-1947. Through 1993 more than 30,000 physicians, scientists, nurses, and allied health professionals had received a portion of their training at M. D. Anderson. Other early educational efforts included publishing a scientific journal for practicing physicians in 1948. Now called the Cancer Bulletin, this bimonthly publication is one of the country's oldest cancer journals. M. D. Anderson began sponsoring clinical conferences in 1956 as part of its continuing education mission. Over the years more than 250,000 health professionals have attended such conferences, research symposia, and seminars at M. D. Anderson to keep up with progress in cancer research. In 1957 M. D. Anderson published the first Year Book of Cancer to provide physicians with a comprehensive review of recent cancer literature; the publication continued through 1988. During the 1960s multiple new treatment regimens were implemented to improve therapy for many types of cancer. These included surgical techniques that meant less radical operations for predominantly young women with gynecological cancer, combining two or more anti-cancer drugs and alternating combination chemotherapy with surgery and radiotherapy for a growing number of malignant diseases, and increasing success with newer radiation therapy machines, notably the high-energy betatron and an innovative low-voltage Cesium-137 unit. In 1966 M. D. Anderson opened a Regional Maxillofacial Restorative Center in cooperation with the University of Texas Dental Branch at Houston to provide rehabilitation services to patients with head and neck cancers. A decade later the two UT components formed a joint Department of Dental Oncology, the first in the country. Another first occurred at M. D. Anderson in 1966 with the advent of "Life Islands," which were germ-free plastic isolation units for patients whose immune systems were suppressed by aggressive chemotherapy. The M. D. Anderson complex was expanded in 1969 with completion of the Gimbel Building, new research facilities, and acquisition of a nearby apartment building that was converted to the Anderson Mayfair Hotel for patients and their families. Tremendous growth in cancer care options and physical facilities occurred during the 1970s, starting with installation in 1970 of the first high-voltage Sagittaire linear accelerator, which greatly expanded radiation therapy capabilities. In the same year a trio of M. D. Anderson researchers developed a method known as C-banding to pinpoint the location of certain genes on chromosomes. The next year another M. D. Anderson scientist was the first to suggest the two-mutation hypothesis of cancer development. Additional treatment successes reported over that decade included new combinations of chemotherapeutic compounds to manage several childhood cancers and offer curative therapy for young men with testicular cancer, voice-conservation surgery for patients with laryngeal tumors, and data showing lumpectomy combined with radiation could be as effective as radical mastectomy for some women with breast cancer.

An important milestone in the 1970s was designation of M. D. Anderson as one of the country's original three comprehensive cancer centers under terms of the National Cancer Act of 1971. Soon afterward, in a reorganization of the UT System, the University of Texas System Cancer Center was formed, with M. D. Anderson Hospital and Tumor Institute as the flagship unit in Houston and the University of Texas Environmental Science Park designated in Bastrop County. The 100,000th patient was registered in 1973. That same year ground was broken for M. D. Anderson's Lutheran Hospital Pavilion, a new outpatient clinic building, expanded radiotherapy center, new research laboratories, and the first chapel. These facilities, which were dedicated in 1976, more than doubled the size of the physical plant. The top floor of the hospital addition was a twenty-bed protected environment, the first such germ-free facility in the country for patients especially vulnerable to life-threatening infections while undergoing aggressive cancer therapies. Many patients admitted to the protected environment since then have received bone marrow transplants, which first were performed in 1975 at M. D. Anderson. In 1977 the research area was named the Bates-Freeman Building in recognition of William B. Bates and John H. Freeman, who were original trustees of the M. D. Anderson Foundation. A year later the new research center for carcinogenesis was dedicated at the UT Science Park near Smithville. When Dr. Clark retired in 1978, Dr. Charles A. LeMaistre assumed the presidency of M. D. Anderson. During the same year the institution launched the nation's first clinical study of interferon, a naturally occurring protein with potential use in some malignant and viral diseases. Over the next decade major additions included the R. E. "Bob" Smith Research Building for studies in cell biology and immunology, a seven-story basic research building, opening the Ambulatory Treatment Center, and substantial expansion of all outpatient clinic facilities. The 200,000th patient was registered in 1985.

In 1988 the UT regents approved a new name-the University of Texas M. D. Anderson Cancer Center-to reflect the institution's comprehensive nature while preserving its historical reputation and affirming its important place within the University of Texas System. Also that year M. D. Anderson became the first hospital in the nation to open an operating room that incorporated a linear accelerator to treat tumors with electron beam radiotherapy during surgery. During 1991 a year-long golden jubilee celebration marked the fiftieth anniversary of M. D. Anderson. By then, the Houston-based physical plant had 8,100 full-time employees, 518 hospital beds, a ten-story clinic building that accommodated more than 500,000 outpatient visits annually, and 350 research laboratories. A major expansion program started in 1993 will add a patient care and research complex as well as a clinical services building with space for a cancer prevention center and more innovative outpatient programs. The 300,000th patient was registered in 1993. In 1994 according to U.S. News and World Report, M.D. Anderson was ranked the thirteenth best medical center in the nation. 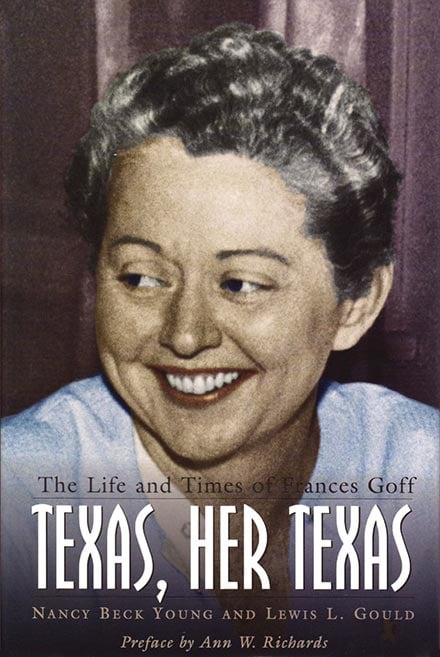