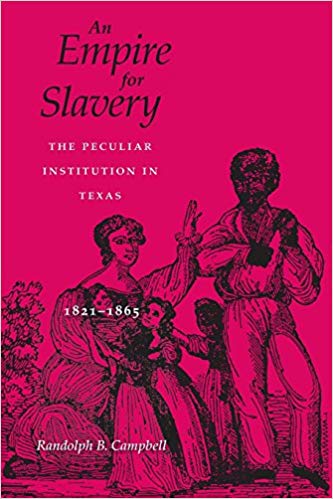 An Empire for Slavery: The Peculiar Institution in Texas, 1821-1865

An Empire for Slavery

Because Texas emerged from the western frontier relatively late in the formation of the antebellum nation, it is frequently and incorrectly perceived as fundamentally western in its political and social orientation. In fact, most of the settlers of this area were emigrants from the South, and many of these people brought with them their slaves and all aspects of slavery as it had matured in their native states.