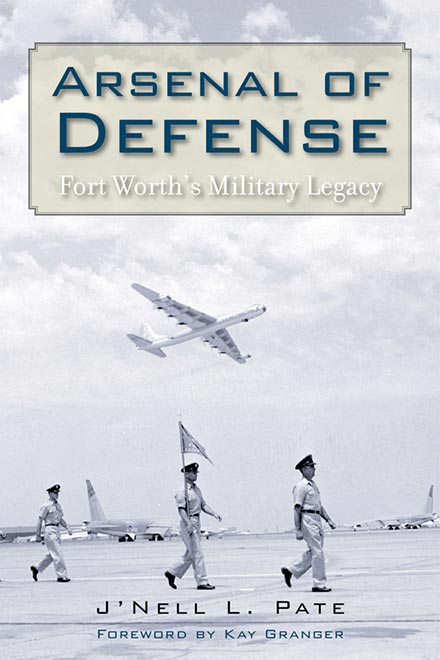 Named after Mexican War general William Jenkins Worth, Fort Worth began as a military post in 1849. More than a century and a half later, the defense industry remains Fort Worth’s major strength with Lockheed Martin’s F-35s and Bell Helicopter’s Ospreys flying the skies over the city.Arsenal of Defense: Fort Worth’s Military Legacy covers the entire military history of Fort Worth from the 1840s with tiny Bird’s Fort to the massive defense plants of the first decade of the twenty-first century.Although the city is popularly known as “Cowtown" for its iconic cattle drives and stockyards, soldiers, pilots, and military installations have been just as important—and more enduring—in Fort Worth’s legacy.Although Bird’s Fort provided defense for early North Texas settlers in the mid nineteenth century, it was the major world conflicts of the twentieth century that developed Fort Worth’s military presence into what it is today. America’s buildup for World War I brought three pilot training fields and the army post Camp. During World War II, headquarters for the entire nation’s Army Air Forces Flying Training Command came to Fort Worth.The military history of Fort Worth has been largely an aviation story—one that went beyond pilot training to the construction of military aircraft. Beginning with Globe Aircraft in 1940, Consolidated in 1942, and Bell Helicopter in 1950, the city has produced many thousands of military aircraft for the defense of the nation. Lockheed Martin, the descendant of Consolidated, represents an assembly plant that has been in continuous existence for over seven decades.With Lockheed Martin the nation’s largest defense contractor, Bell the largest helicopter producer, and the Fort Worth Naval Air Station Joint Reserve Base Federal Medical Center Carswell the reservist’s training pattern for the nation, Fort Worth’s military defense legacy remains strong. Arsenal of Defense won first place in the Press Women of Texas Communications Contest (2012).