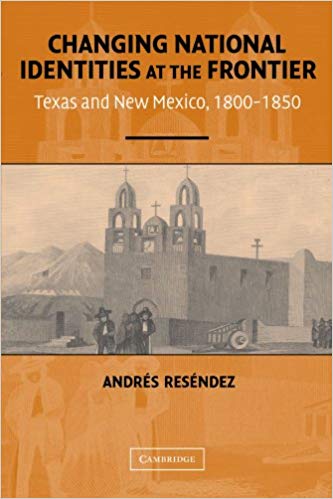 Changing National Identities at the FrontieTexas and New Mexico 1800-1850

Changing National Identities at the FrontieTexas and New Mexico 1800-1850

Hispanics, Native Americans, and Anglo Americans made agonizing and crucial identity decisions in this southwestern region during the first half of the nineteenth century. Whereas the Mexican government sought to bring its frontier inhabitants into the national fold by relying on administrative and patronage linkages, Mexico's northern frontier gravitated toward the expanding American economy. Andrés Reséndez explores how the diverse and fiercely independent peoples of Texas and New Mexico came to think of themselves as members of one particular national community or another, in the years leading up to the Mexican-American War.