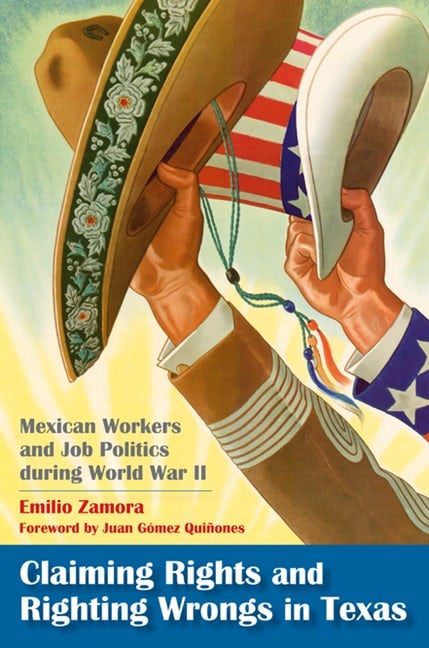 In Claiming Rights and Righting Wrongs in Texas, Emilio Zamora traces the experiences of Mexican workers on the American home front during World War II as they moved from rural to urban areas and sought better-paying jobs in rapidly expanding industries. Contending that discrimination undermined job opportunities, Zamora investigates the intervention by Mexico in the treatment of workers, the U.S. State Department's response, and Texas' emergence as a key site for negotiating the application of the Good Neighbor Policy. He examines the role of women workers, the evolving political struggle, the rise of the liberal-urban coalition, and the conservative tradition in Texas. Zamora also looks closely at civil and labor rights–related efforts, implemented by the League of United Latin American Citizens (LULAC) and the Fair Employment Practice Committee.