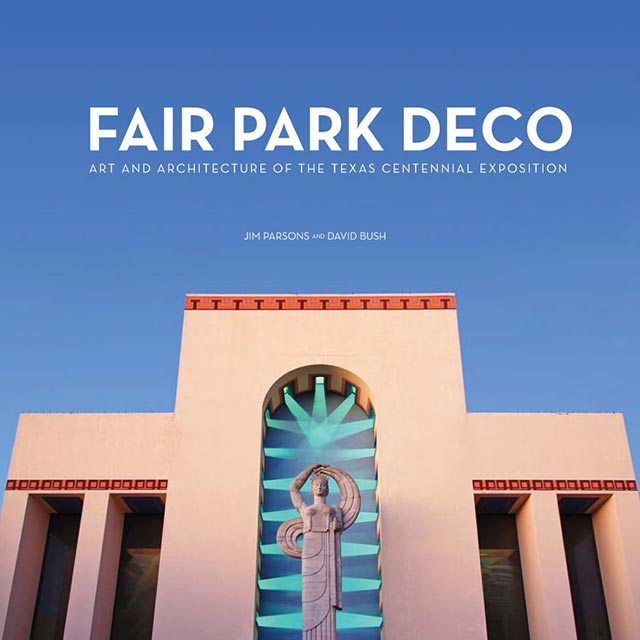 Fair Park Deco is a fascinating tour of the 1936 Texas Centennial Exposition. Like every American exposition in the 1930s, it began in economic depression. Although its economy had been buoyed by major oil discoveries in the early '30s, Texas agriculture was hard hit by the Great Depression. By the middle of the decade, state officials had set their sights on a great centennial celebration to help stimulate the economy and attract tourist dollars. “If during the next six months the people of the state could become filled with the idea of holding a big celebration on the one hundredth anniversary of the establishment of Texas independence,” the state’s centennial commission speculated in July, 1934, “it would have the effect of creating a general forward-looking spirit through the state. It would be more stimulating than anything we can think of, and this effect would be immediate.”