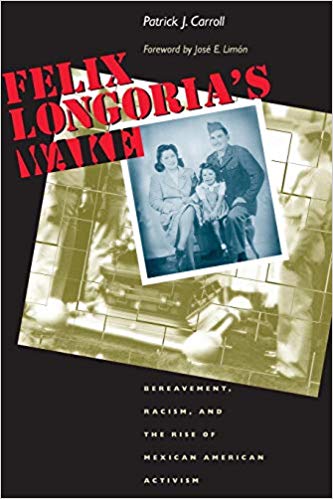 Private First Class Felix Longoria earned a Bronze Service Star, a Purple Heart, a Good Conduct Medal, and a Combat Infantryman's badge for service in the Philippines during World War II. Yet the only funeral parlor in his hometown of Three Rivers, Texas, refused to hold a wake for the slain soldier because "the whites would not like it." Almost overnight, this act of discrimination became a defining moment in the rise of Mexican American activism. It launched Dr. Héctor P. García and his newly formed American G.I. Forum into the vanguard of the Mexican civil rights movement, while simultaneously endangering and advancing the career of Senator Lyndon B. Johnson, who arranged for Longoria's burial with full military honors in Arlington National Cemetery.