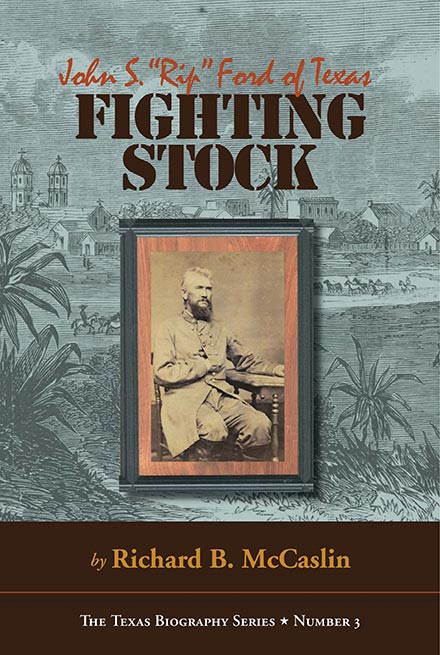 In this book, Richard B. McCaslin illuminates numerous facets of Ford’s life typically overshadowed by emphasis on his identity as Ranger and soldier in nineteenth-century Texas. In this third volume of the Texas Biography Series, published by TCU Press and The Center for Texas Studies, McCaslin reveals Ford as a man spurred on by the legacy of his nation-building grandfathers and his own strong convictions and energy to become a force in shaping Texas as a Southern state before and after the Civil War. Ford’s battles as a Ranger, and as a leader of Texas’ military forces allied with the Confederacy, were only part of his legacy in Texas history. He was also a physician, lawyer, and the editor of several newspapers, and among his many roles in politics and civil service were multiple terms as a state legislator and the mayoralty of Austin and Brownsville. Later in life, he fought to preserve Texas history and wrote his own extensive memoirs. Known for his courage and toughness as a military commander, Ford was also a talented strategist, diplomat, and community leader. McCaslin’s in-depth historical detail paints a full picture of this famous Texan, a fighter not only on the battlefield, but on the civic and political fields as well.