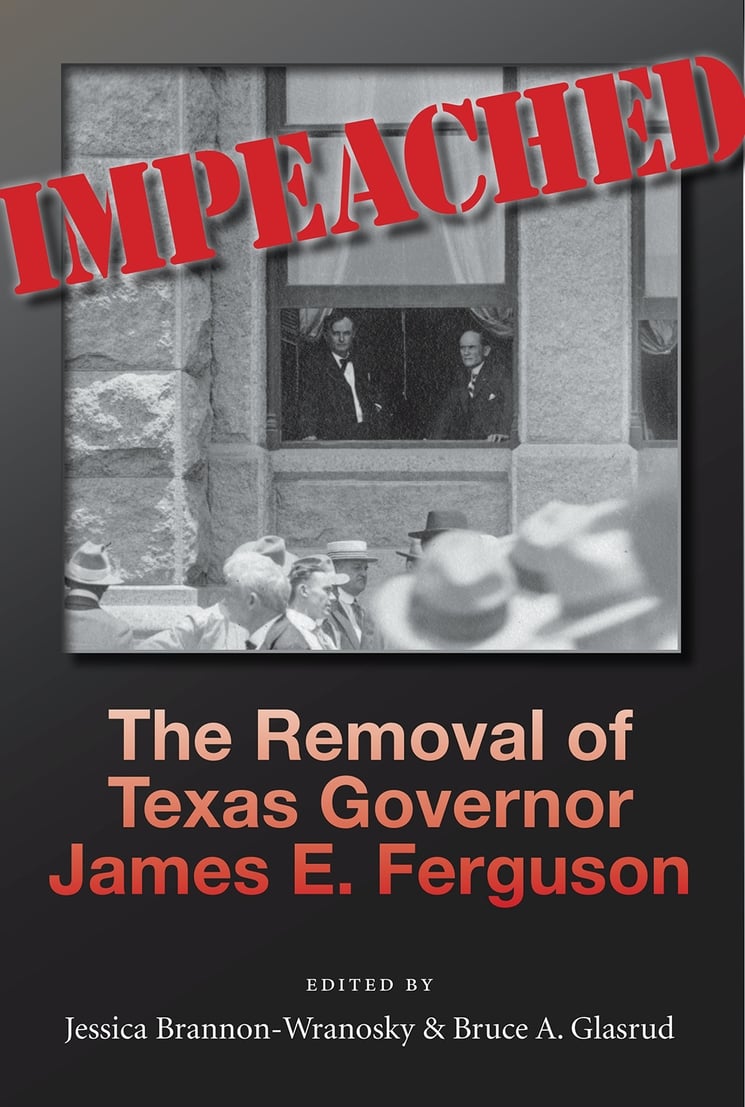 In 1917, barely into his second term as governor of Texas, James E. Ferguson was impeached, convicted, and removed from office. Impeached provides a new examination of the rise and fall of Ferguson’s political fortunes, offering a focused look at how battles over economic class, academic freedom, women’s enfranchisement, and concentrated political power came to be directed toward one politician.

Jessica Brannon-Wranosky and Bruce A. Glasrud have brought together top scholars to shine a light on this unique chapter in Texas history. An overview by John R. Lundberg offers a comprehensive survey of the impeachment process. Kay Reed Arnold then follows the Ferguson story into the halls of academia at the University of Texas—which Ferguson threatened to close—sparking a fierce response by faculty, alumni, students, and, especially, the Women’s Committee for Good Government. Rachel M. Gunter further places the Ferguson impeachment in the context of the suffrage movement. Leah LaGrone Ochoa then explores Ferguson’s hot-and-cold relationship with the Texas press, and Mark Stanley examines the impact of the impeachment on Texas politics in the decades that followed. Jessica Brannon-Wranosky concludes with an assessment of the historical memory of Ferguson's impeachment throughout the twentieth and twenty-first centuries.