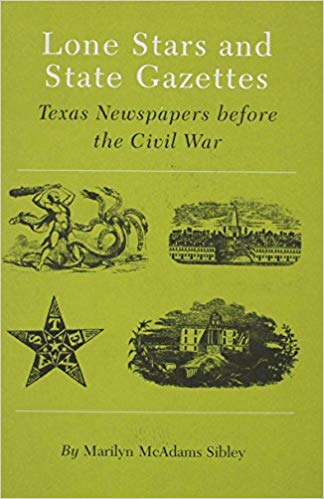 Uncommon men spread the uncommon news of Texas. From the time a press first reached Texas in 1813 until the Civil War, some four hundred newspapers appeared to chronicle the development of a nation, then a state. Most were propaganda or special-purpose sheets that allowed their owners to support or oppose the day’s leading figures–including Mirabeau B. Lamar and Sam Houston–or causes–the Texan Revolution, annexation, Know-Nothingism, secession. A few papers brought the higher standards of journalism to Texas and preserve, through their reports and comments, much of the history they also influenced.