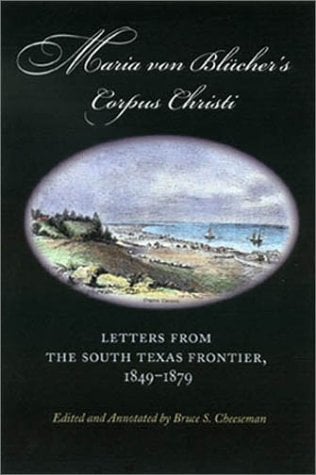 “This is a fascinating book. Maria von Blucher’s letters are highly informative reading for anyone who is interested in learning about the daily life of a woman and her family in nineteenth-century Texas, particularly from a German perspective. Maria von Blucher’s correspondence can also be viewed as one of the earliest examples of writing produced by a woman who wrote in the German language in Texas. Maria von Blucher’s edited correspondence is a book well worth reading and rereading, and I highly recommend it to anyone interested in the story of the German experience in Texas.”--German-Texan Heritage Society