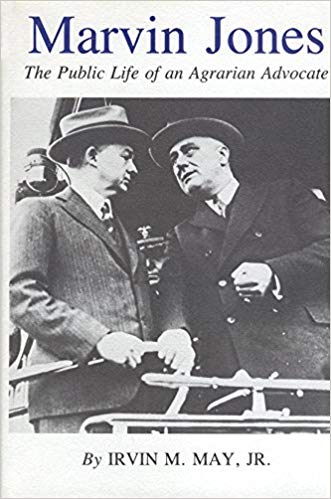 Marvin Jones: The Public Life of an Agrarian Advocate

Son of a north Texas wheat- and cotton-farming family, Marvin Jones grew up with strong agrarian roots and a taste for Democratic politics. Elected to Congress in 1916, he joined the Texas delegation and learned the political ropes from John Nance Garner. Named to the House Agriculture Committee, Jones later became its chairman and directed the destiny of New Deal agricultural legislation in the House of Representatives.