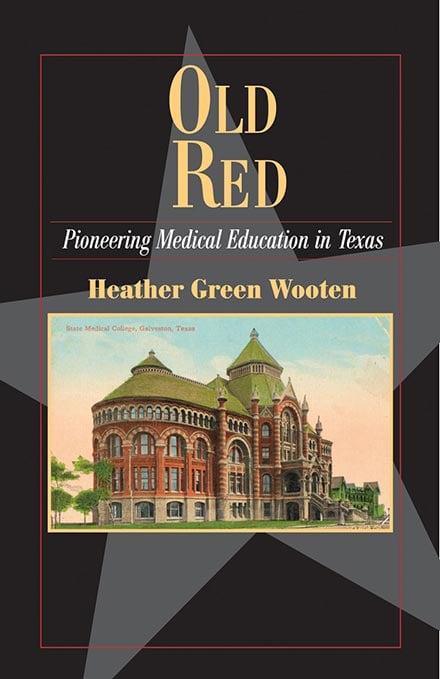 Tucked away in a corner of the University of Texas Medical Branch campus stands a majestic relic of an era long past. Constructed of red pressed brick, sandstone, and ruddy Texas granite, the Ashbel Smith Building, fondly known as Old Red, represents a fascinating page in Galveston and Texas history. It has been more than a century since Old Red welcomed the first group of visionary faculty and students inside its halls. For decades, the medical school building existed at the heart of UTMB campus life, even through periods of dramatic growth and change. In time, however, the building lost much of its original function to larger, more contemporary facilities. Today, as the oldest medical school building west of the Mississippi River, the intricately ornate Old Red sits in sharp contrast to its sleeker neighbors. Old Red: Pioneering Medical Education in Texas examines the life and legacy of the Ashbel Smith Building from its beginnings through modern-day efforts to preserve it. Chapters explore the nascence of medical education in Texas; the supreme talent and genius of Old Red architect, Nicholas J. Clayton; and the lives of faculty and students as they labored and learned in the midst of budget crises, classroom and fraternity antics, death-rendering storms, and threats of closure. The education of the state’s first professional female and minority physicians and the nationally acclaimed work of physician-scientists and researchers are also highlighted. Most of all, the reader is invited to step inside Old Red and mingle with ghosts of the past—to ascend the magnificent cedar staircase, wander the long, paneled hallways, and take a seat in the tiered amphitheater as pigeons fly in and out of windows overhead.