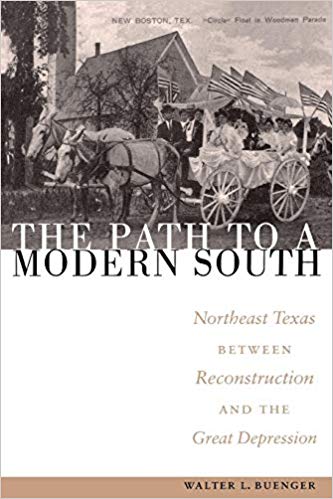 The Path to a Modern South: Northeast Texas between Reconstruction and the Great Depression

The Path to a Modern South

Federal New Deal programs of the 1930s and World War II are often credited for transforming the South, including Texas, from a poverty-stricken region mired in Confederate mythology into a more modern and economically prosperous part of the United States. By contrast, this history of Northeast Texas, one of the most culturally southern areas of the state, offers persuasive evidence that political, economic, and social modernization began long before the 1930s and prepared Texans to take advantage of the opportunities presented by the New Deal and World War II.