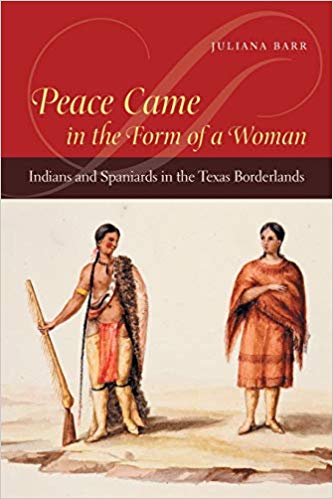 Peace Came in the Form of a Woman: Indians and Spaniards in the Texas Borderlands

Peace Came in the Form of a Woman

Revising the standard narrative of European-Indian relations in America, Juliana Barr reconstructs a world in which Indians were the dominant power and Europeans were the ones forced to accommodate, resist, and persevere. She demonstrates that between the 1690s and 1780s, Indian peoples including Caddos, Apaches, Payayas, Karankawas, Wichitas, and Comanches formed relationships with Spaniards in Texas that refuted European claims of imperial control.