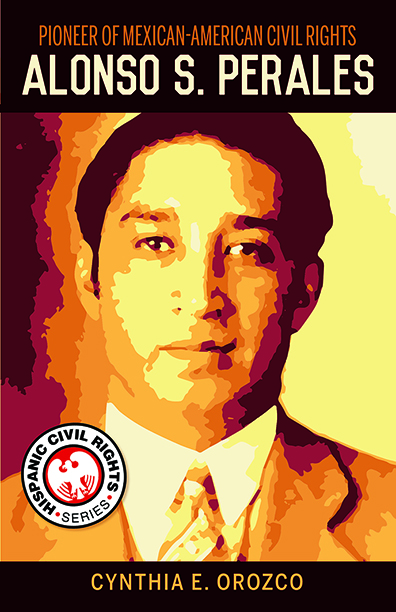 In this wide-ranging biography, historian Cynthia Orozco examines the life and work of one of the most influential Mexican Americans of the twentieth century. Alonso S. Perales was born in Alice, Texas, in 1898; he became an attorney, leading civil rights activist, author and US diplomat.

Perales was active in promoting and seeking equality for “La Raza” in numerous arenas. In 1929, he co-founded the League of United Latin American Citizens (LULAC), the most important Latino civil rights organization in the United States. He encouraged the empowerment of Latinos at the voting box and sought to pass state and federal legislation banning racial discrimination. He fought for school desegregation in Texas and initiated a movement for more and better public schools for Mexican-descent people in San Antonio.

A complex and controversial figure, Alonso S. Perales is now largely forgotten, and this first-ever comprehensive biography reveals his work and accomplishments to a new generation of scholars of Mexican-American history and Hispanic civil rights. This volume is divided into four parts: the first is organized chronologically and examines his childhood to his role in World War I, the beginnings of his activism in the 1920s and the founding of LULAC. The second section explores his impact as an attorney, politico, public intellectual, Pan-American ideologue and US diplomat. Perales’ private life is examined in the third part and scholars’ interpretations of his legacy in the fourth.