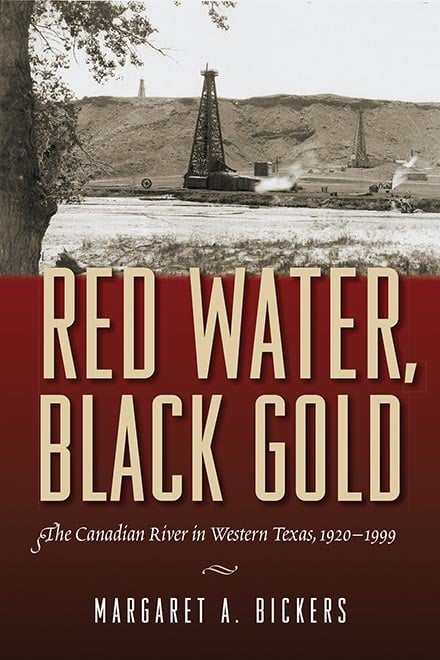 Red Water, Black Gold: The Canadian River in Texas 1920-1999 tells the story of the Canadian River in the Texas Panhandle. It is a tale of grand designs, high hopes, deep holes, politics, fishing, follies, foibles, and environmental change. Although efforts had been made to tap the Canadian River’s waters before 1920, the discovery of oil in the Panhandle gave new urgency to the search for permanent water supplies. Additionally, the spread of groundwater irrigation amid the discovery of the limits of Ogallala Aquifer spurred regional interests to tap the Canadian. But overestimates of the river’s flow and unfamiliarity with the critical role groundwater played in maintaining that flow led to complications and frustrations, culminating in a lawsuit over the location of the banks of a seemingly waterless river. This book is a valuable addition to the water history of Texas and the American West and to the growing body of worldwide regional water histories. Combining traditional historical sources with hydrology, climatology, and geology, Red Water, Black Gold complicates the traditional story of top-down water management as well as telling the thus-far untold story of the Canadian River in Texas.