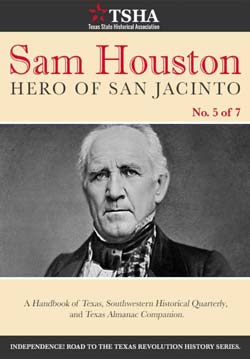 Sam Houston is one of the most illustrious political figures in Texas history, having served as the first regularly elected president of the Republic of Texas, a U.S. senator following annexation, and governor of Texas. Additionally, Houston was a decorated war hero as the major general of the revolutionary army. His contributions to the Lone Star State’s formation are rivalled by few others and were crucial to Texas independence.

Discover how Houston’s military and political success laid a solid foundation for the Lone Star State’s future. In this fifth eBook in our Road to the Texas Revolution series, you will read more about: