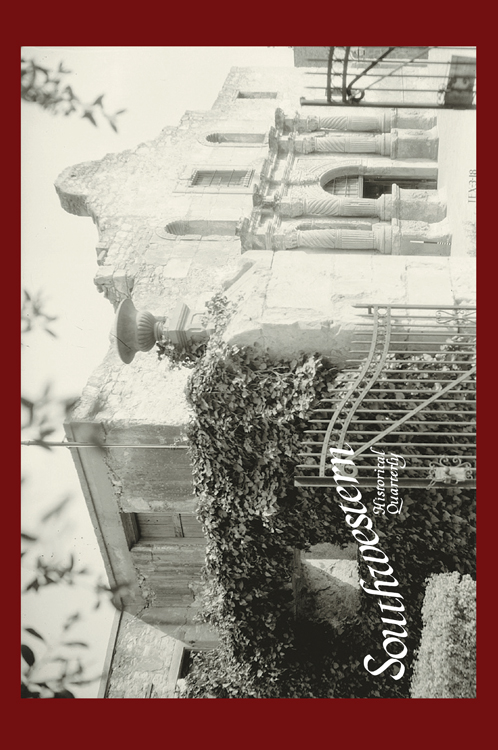 Published since 1897, Southwestern Historical Quarterly is the oldest continuously published scholarly journal in Texas, bringing the latest research in Texas history to a wide audience of history lovers and scholars. The Quarterly also regularly publishes edited and annotated historical documents.

A Failed Venture in the Nueces Strip: Misconceptions and Mismanagement of the Beales Rio Grande Colony, 1832–1836
By Kyle B. Carpenter

Jim Crow and Freedom of Expression in Post-World War II East Texas: The Legal Battle to Show Pinky in Marshall, 1950
By David Lacy

A Diné History of Navajoland by Klara Kelley, Harris Francis
By Jon Reyhner

Billy and Olive Dixon: The Plainsman and His Lady by Bill O’Neal
By Chuck Parsons

They Were Her Property: White Women as Slave Owners in the American South by Stephanie E. Jones-Rogers
By Jeff Forret

Too Great a Burden to Bear: The Struggle and Failure of the Freedmen’s Bureau in Texas by Christopher B. Bean
By Carl H. Moneyhon

Black Man in the Huddle: Stories from the Integration of Texas Football by Robert D. Jacobus
By Charles H. Martin

From Santa Anna to Selena: Notable Mexicanos and Tejanos in Texas History since 1821 by Harriett Denise Joseph
By Valerie A. Martínez

Inventing the Immigration Problem: The Dillingham Commission and its Legacy by Katherine Benton-Cohen
By Jeanne Petit

McCarthyism vs. Clinton Jencks by Raymond Caballero
By Ellen Schrecker