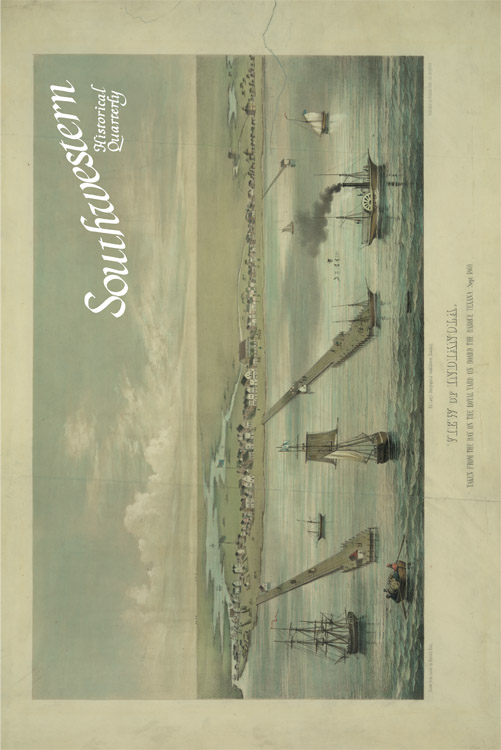 Published since 1897, Southwestern Historical Quarterly is the oldest continuously published scholarly journal in Texas, bringing the latest research in Texas history to a wide audience of history lovers and scholars. The Quarterly also regularly publishes edited and annotated historical documents.

“A Chicken for Breakfast at the Expense of Mr. Rebel”: The Journal of Sergeant Nelson Howard, Company E, 13th Maine Infantry on the Texas Coast, 1863–1864
By Jerry Thompson

Frontiers of Science: Imperialism and Natural Knowledge in the Gulf South Borderlands, 1500–1850 by Cameron B. Strang
By Kelly Hopkins

To the Vast and Beautiful Land: Anglo Migration into Spanish Louisiana and Texas, 1760s–1820s by Light Townsend Cummins
By Bradley Folsom

The American West and the World: Transnational and Comparative Perspectives by Janne Lahti
By Jason E. Pierce

The End of the Myth: From the Frontier to the Border Wall in the Mind of America by Greg Grandin
By Mark A. Goldberg

Eanger Irving Couse: The Life and Times of an American Artist, 1866–1936 by Virginia Couse Leavitt
By J. P. Bryan

Chicano Communists and the Struggle for Social Justice by Enrique M. Buelna
By Joel Zapata

Dismembered: Native Disenrollment and the Battle for Human Rights by David E. Wilkins and Shelly Hulse Wilkins
By Jeffrey Shepherd

Pueblo Sovereignty: Indian Land and Water in New Mexico and Texas by Malcolm Ebright and Rick Hendricks
By Flannery Burke

Forging Arizona: A History of the Peralta Land Grant and Racial Identity in the West by Anita Huizar-Hernández
By Tim Bowman

Land of Nuclear Enchantment: A New Mexican History of the Nuclear Weapons Industry by Lucie Genay
By Julie A. Cohn

In the Shadow of the Chinatis: A History of Pinto Canyon in the Big Bend by David W. Keller
By Kathleen Shafer