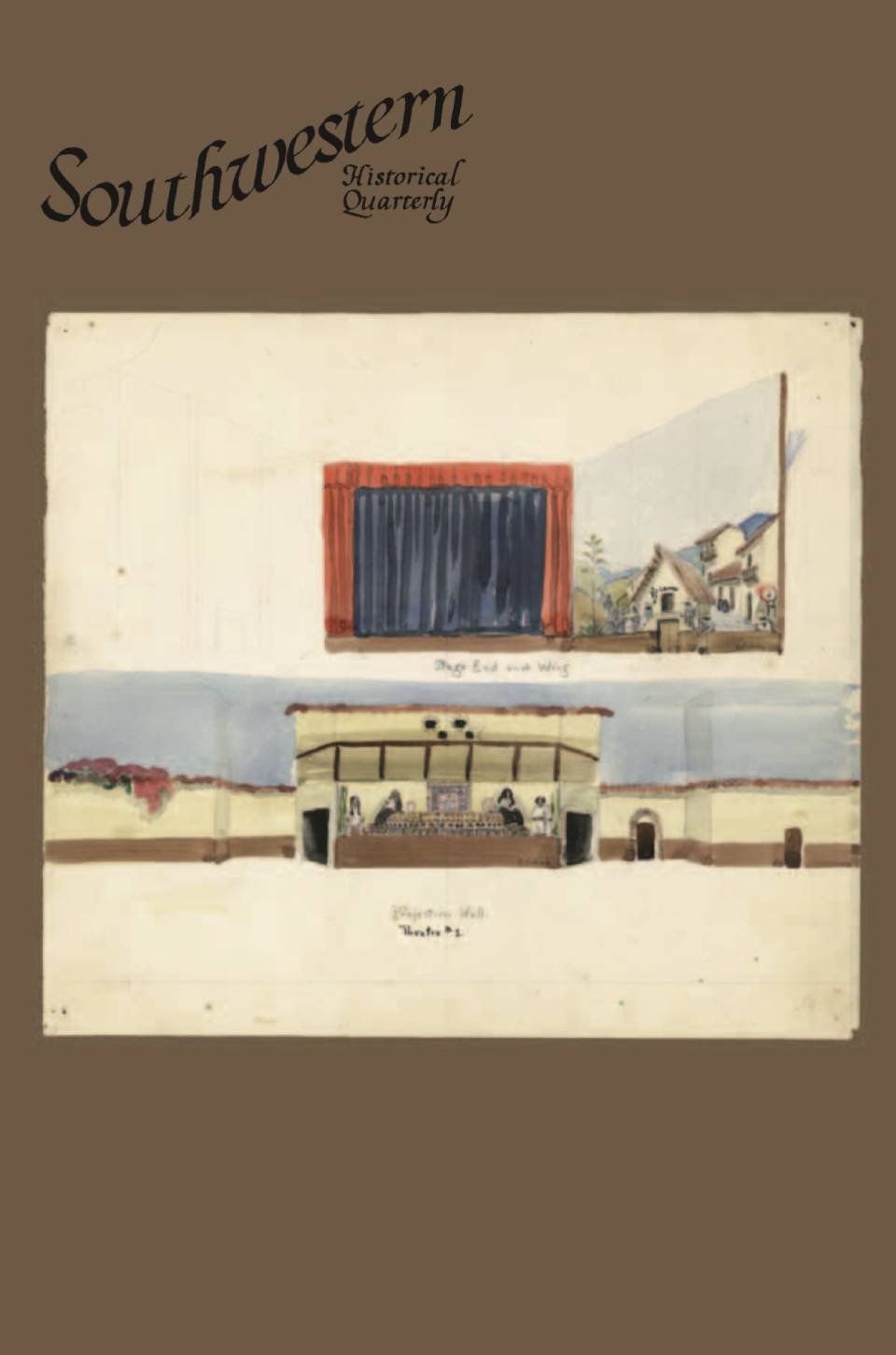 Front Cover: In this issue of the Southwestern Historical Quarterly, Cynthia Brandimarte details the work of Austin artist Edna Collins with German prisoners of war during World War II in the article “Edna Collins’s Camp Swift Murals and German Prisoners of War.” The cover illustration is a sketch of the work Collins and the prisoners planned to complete at Theater No. 1 at Camp Swift, which was located near Bastrop. 1961/029-21, Edna Collins Collection. Courtesy of the Texas State Library and Archives Commission.

Adaptation to Thrive: A Blended Heritage on the Texas Border with Mexico
By Mary Margaret McAllen

“It’s a Texas Custom to Show Fight”: The Cultural Politics of Meat Boycotts in Mid-Twentieth Century Texas
By Mark Robbins